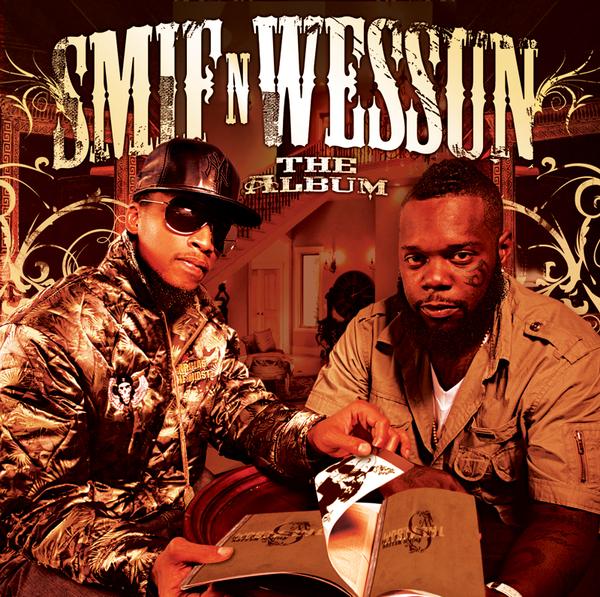 Lemme say that I am biased. I LOVE underground Hip-Hop. Put me onto someone that no one really knows about, I’m game. When I can say that I was at the show they did where the seating capacity was 100, I’m hyped up. The only way to make me MORE hype is to talk about the Golden Age of Hip-Hop. Groups like, the Boot Camp Clik. Man, respect due. It wasn’t about copy cats or money rappers, it was about everyone having a group. There was no discussion about who was the best MC because there was an abundance of good music then. Man, them was the days.

Tek N Steele are back and ready to bring the fire from then, back to now. The Album opens up with “See the Light”, which is about staying encouraged and focused, keep ya head up. Nice positive song, mellow beat. Usually the type of song you would hear at the end of the cd, but it’s a nice way to open up.

“Gotta Say It” is the next track featuring our heroes and Chuckii Star. Definitely one of the few uptempo songs on the album and the return the reggae hook. Another really nice track.

“Trouble” is the follow up and we are hit with lyrics like ” December 18th the day that trouble begin / when momma push me out her womb into a world of sin. Lyrics aren’t bad, delivery kinda lacks the push that this song should have though. No emotion.

Loudmouf Chior shows up on “K.I.M 2000.” The intro lets you know this is a retrospective lesson and a look back on the history of Tek N Steele. Mellow track, simple beat, its not bad.

“P.N.C. 4 Life” is probably the worst song on the album. The delivery isn’t good, and the beat sounds like a rejected Celly Cell drop. SKIP

“Gangster’s Prayer” featuring Million Styles comes on next with a nice organ intro. Its not nearly as ominous as it could be. Million rides the hook nicely and this is a good chill jam as well.

“Stomp Thru” features Joell Ortiz and Rock of Heltah Skeltah. I was amped up cause I dig both artists and Joell ain’t playin either. Overall, this may be the best track on the album and provides some nice wordplay and lyrics like “Show me manuevahs I use a ruger to shootcha for snoozin I leave you loosahs inside a pool of manuer.” Track 7 strikes again!

“Who Gonna Save Us” is a really heavy track in all aspects. The beat is slow and drawn, the subject matter is depressing, and overall, it’s a downer. I admire and respect the subject matter and them addressing the issues, but when coupled with the beat, its a bit much to deal with.

“Still Fighting” features one of the worst beats I have heard in a long time. From what I heard, there is a good message, but I don’t rifle through trash to get a dollar at the bottom, SKIP.

“Yeah” brings back some tempo and bounce to the CD and our duo spits playfully and brings us back from the last two tracks, good recovery.

“Movie” features a beat that I am SURE I heard in some Nintendo game…not again. Anyway, we hear “Life’s like a movie, the action the drama / be all over the day after tomorrow / so, we on the chronic, guidelines we follow / Carlito’s way on a rise to power”. Get it, got it, good.

“I Can’t Fell My Face” features the Loudmouf Chior NOT Weezy F. Baby. It’s a chill groove, again, with a simple beat. This song probably features some of the most fun delivery and wordplay outside of “Stomp Thru”. Very nice cut.

We rap up with “Still Here”. Oddly, this song sounds like an intro song. Great tempo and imagery as we hear the crew addressing fans, haters, and all stops in between.

Bottom Line:
The Album is a decent album with dope subject matter throughout. Unfortunately, the production doesn’t support this largely as the beats are really uninspired for the most part. Lyrics alone will get this one a few more spins. It’s tough. I had to listen to it a few times and I STILL am on the fence. I even sent a few tracks out to friends to see what they thought, all had the same opinion, meh. Decent, not bad, not great, just middle of the road. Its aite, you may wanna holla at amazon.com and peep the snippets before you purchase this one.