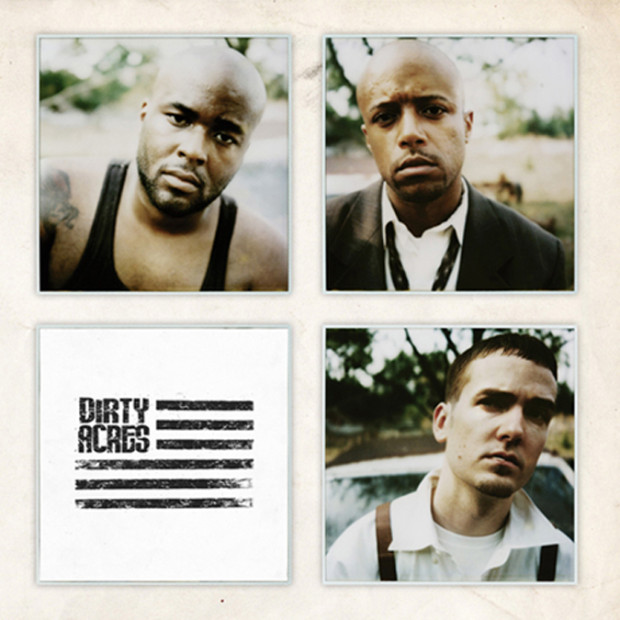 I remember back when I FIRST heard the name, I did just what you did; what? WHAT? LOL. The Al Bundy and Beavis and Butthead in me laughed and snickered til the child in me was filled with glee. The CD’s were quite the opposite. They tend to hit you with some of the illest lyrics to not blow up on the big scene as well as keep it funky and fresh. The last two albums are really great and should have really put the crew on the big map. The title of this ablum seems to allude to more of the same from the crew.

“Never” features the dude Big Rube. The Real Life Rafael De La Ghetto. Rube does his thing on with his dedication to Hip-Hop.

“Valley of Death” Is a helluva lead in track. This shit damn near sparked a revolution. The trio spits the truth about Hip-Hop, the state of the country, and a lot of shit talkin’ in between. It cuts off kinda short, leaves you wanting more.

“Dirty Acres” “killin’ our livers cause we dyin so fast….” / fuck puttin these bars on paper theres bars in the face of half my ni99as across the country. The hook – The lies, the pain, the truth, the hurt, the soul, the music, its all in the dirt. If that shit don’t move ya, then log off fam.

“Interlude One” intersting sound bytes about the following song called KKKY, or Kentucky for some of us.

“K.K.K.Y” is honestly a confusing song for me. One of the better flows on the album from track to flow, but I am lost as to if they are trying to assert that it is rough racist as a bad thing, or tough and hard as a good thing. Maybe the thing is that its both. Its like a tragic anthem or something.

“Wonderful feat Devin the Dude” So by the feature, you know this is gonna be about some woman, and probably a titty ref or two. Yep. No surprise here, nice mellow track, Devin is Devin and the track is chill then a mug, nice shit.

“Yellow Lines feat. Phonte and Witchdoctor” Tiggalow is quickly becoming one of the dopest emcees out there, watch yo thrones. Anyway, this cut is fun as hell. Some of you mannish mofos gonna get it in on this track. Its one of those grooves. As it says, make sure you watch those yellow lines, don’t swerve. LOL, you gotta hear it.

“The Park” is about the weekend thang. I don’t know bout you, but errcity I have lived in has a park where its poppin’ either on Saturday or Sunday and it just goes down. Like a big ass family reunion with those out of town cousins that you last saw when you were rockin roos’. The imagery is chill, but its damn near too laid back. I want to sleep, not hang out when this is on.

“Summer’s Gone” Is only 1:49 long, not worth talking about forreal. Its an interlude that laments the summertime…or something. Whatever on this one.

“Gun feat. Sheisty Khrist” is a song about guns and the misuse and misappropriation of power. Decent song.

“Dance For Me” is the stripper song. Not FOR the strippers, but about the strippers. Fly song and more in tune with what I expected on this CD. Track is spooky, check it out.

“Georgia” The clay is runnin’ red from the blood that done been shed. That’s part of the hook and is one illest lyrical songs on the album. The picture is dead on with its depiction of Georgia, not the state, but the state his life was in. I think this is my favorite track.

“Things I Dream” I can’t even put my finger on it, but I just ain’t feeling this track. Not a skip, but just blah

“Mexico” eh, again, I ain’t feeling this one either.

Bottom Line:
Eh, not what I expected. Its not bad, just not what I expected. Its akin to that point when the artist changes a bit, and does something a little off center, for most of you, like Common’s Electric Circus. (I think that album was the joint). All and all, when you compare it to the scope of the albums that are out there, it’s easily worth a purchase. These guys are vets and they are doing it nicely. I would have liked to hear a little more tempo on the tracks as it gets kinda murky/sleepy late on, but overall, it’s a solid effort. To be fair, other sites are giving this album 4 and 4.5 outta 5 so take this with a grain of salt. Opinions are like assholes and all that jazz, but this is a solid album, just not a 4 or 4.5 from ya boy.