Wyclef Jean – The Carnival II: Memoirs Of An Immigrant [Review] 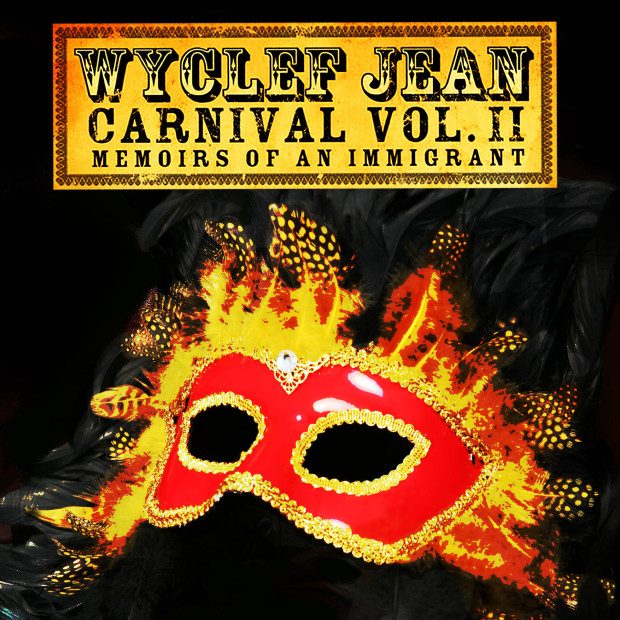 Before I say anything about Wyclef, I will say that I respect Wyclef for keeping it real with Hip-Hop. What do I mean by that? Come on dog, in addition being a founding member to one of the best Hip-Hop groups of all time, Wyclef has always brought a worldly/international flavor to the game. Not to mention that Celf is a successful producer and plays numerous instruments, so by all means the man is talented. Besides, have you heard dude freestyle? He does it in like three different languages! But, that can sometimes be my problem with Clef too. While I like the global inspired sound, I mostly find myself just wanting to hear some good spitting over good beats; plain and simple. So while I appreciated and enjoyed his 1997 debut The Carnival, I wasn’t blown away by it’s “all over the place” sound. This feeling continued during his following releases too: The Ecleftic (2000), Masquerade (2002), The Preacher’s Son (2003), & Welcome to Haiti (2004). Well, Clef is back again with a new album, The Carnival II: Memoirs of an Immigrant. Will this be the album by Clef that really gets me onboard? Let’s find out.

1. “Intro”
The album starts out with Wyclef talking about his last album The Carnival (Huh?; dude has had out four albums since, but okay). This is just an intro for the next track.

2. “Riot”
(feat. Serj Tankian & Sizzla)
This song has Wyclef rapping over a metal influenced track. He gets help Serj Tankian (front man of Alternative Metal band System of a Down), and Sizzla; It funny that everybody gets a verse on the song too. You’d think because of the different styles it would clash, but it surprisingly doesn’t.

3. “Sweetest Girl (Dollar Bill)”
(feat. Akon, Lil’ Wayne, & Niia)
This is the first single off the album. At first, I admit I didn’t like this song; I thought Clef was trying too hard for radio play because I really didn’t think Weezy fit on this song. Well, after a few listens, I can say I’m starting to warm up too it. It’s like Easy Listening/Rap…and for some reason I liked that. The remix on the other hand, is lazy as hell.

4. “Welcome to the East”
(feat. Sizzla)
Oh shit, he sampled Blazhay Blazhay’s “Danger”! This track is a more dancehall sounding track with Sizzla showing up again for the co-sign. It’s okay I guess.

5. “Slow Down”
(feat. T.I.)
Damn, T.I. and Clef are cool as hell these days, huh? Of the songs they’ve recently recorded together, I like this one the best. Wyclef is singing about the ills of the world while T.I. adds his view. If Tip wasn’t on house arrest right now, it wouldn’t surprise me if this was a second single Shit, it still might be. Good track.

6. “King & Queen”
(feat. Shakira)
So Wyclef finally calls in his favor from Shakira. While P-Body is in love with Shakira, I think she sounds like an injured dog at times. This sounds more like some Pop shit here. I wasn’t feeling it though. You might wanna check it out though.

7. “Fast Car”
(feat. Paul Simon)
Okay, Clef got Paul Simon on a track. I really understand that to a lot of people, Paul Simon is a legend. But why should I care? I never bumped anything by Paul Simon, I kinda liked that song about being a bodyguard or some shit, but I digress. The song is not bad, but I don’t understand the reasoning behind it.

8. “What About The Baby”
(feat. Mary J. Blige)
This is supposedly the sequel to Clef’s 2000 hit “911” (Well, Wyclef says it in the beginning). Now, I like some Mary J. Blige, so her part on this song gets a pass because she does her. Does it live up to the first song? Hell no. It sounds like they were trying to make “911” over again.

9. “Hollywood Meets Bollywood (Immigration)”
(feat. Chamillionaire)
Clef takes it to India for the inspiration on this one. In the beginning he shouts out everyone from Egypt to Russia. Chamillionare appearance here at first had me scratching my head but I remembered Cham parents are from Nigeria. With all that said…this shit sucks. SKIP.

10. “Any Other Day”
(feat. Norah Jones)
I like Norah Jones. I think she is the go to Soul/Pop White girl for Hip-Hop right now (She’s worked with Andre 3000, Talib, and now Clef). She continues her good record here. This is a nice laid back track here with her doing most of the work. You thugs might wanna skip this one.

11. “Heaven’s In New York”
Wyclef taps into his “Gone to November” vibe here. Since that is my favorite song by Wyclef, that’s a good thing. This song basically talks about what he would do one his last day on earth. A excellent message here people.

12. “Selena”
(feat. Melissa Jimenez)
This is Latin inspired dance track that revolves around the deceased Mexican/American Selena. While I don’t have a problem with that, the song is still garbage. SKIP.

13. “Touch Your Button Carnival Jam”
(feat. will.i.am, Melissa Jimenez, Machel Montano, Daniela Mercury, Black Alex, & Shabba of Djakout Mizik)
What the hell? This song is over 13 minutes! I ain’t gonna lie; I didn’t even listen to the whole thing. I won’t either. It’s another Caribbean flavored track. Didn’t get my attention though. SKIP.

14. Outro
Not much here; just sounds of someone writing.

15. “On Tour” (Bonus Track)
(feat. Lucina)
Another India inspired track, sounds just like track 9 to me.

16. “China Wine” (Bonus Track)
(feat. Sun, Elephant Man, & Tony Matterhorn)
I heard this song before and I didn’t like then and I don’t like it now. It sounds like those Fanta girls or some shit.

Bottom Line:
Well, once again Wyclef gives you an eclectic mix of music. Like I said before, I wasn’t really into it when he has done this before. I’ll give him credit though, he gives you variety here you won’t find in a lot of places (Paul Simon, Lil’ Wayne, and Serj Tankian on the same CD). I can’t trash the album to bad because mostly I’m not into a lot of the genre of music he explored here. If you looking for a ride though the Caribbean, India, and Haiti; this is you place. But if you want straight Hip-Hop, you might wanna pass this carnival.