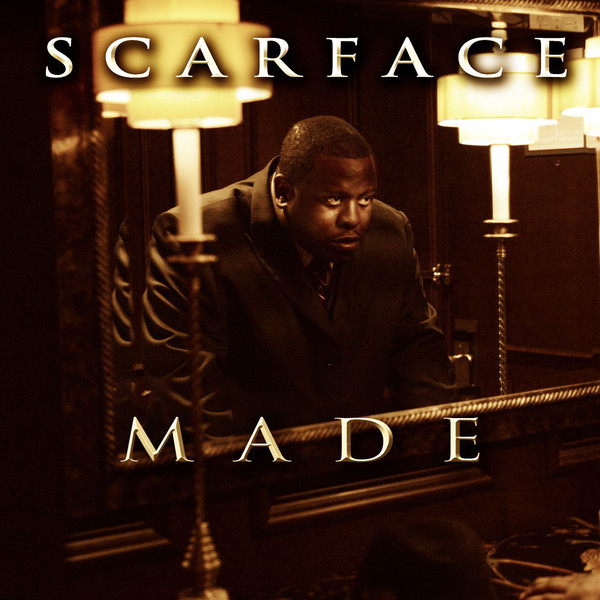 I really don’t have/need/want to do an intro for this man. Lets be honest, rappers with this kind of longevity and success are few and far between. I am not talking about Grammy’s or anything like that, I’m talking about credibility. Scarface may give you 1 video a CD. As of late, you are lucky if you get that. He has made his name in the hood of Hip-Hop and has ridden his legacy to 4 gold and 3 platinum albums out of his 11 solo albums. If you want to add his 8 Geto Boys albums, he has 19 albums, 6 gold and 4 platinum. Damn.

“Never” Prefaced by a “Intro” that lets you know, no snitchin’ allowed in the hood. It’s a a hood anthem about the streets, your word, and your reputation. Nice ass beat and Scarface seems to be in Platinum form again.

“Big Dogg Status feat. Wacko” is the follow up track which kinda reads like, you follow “Never”, you get here. Big talkin’ as usual, Face lets you know how he keeps it.

“Girl You Know feat. Trey Songz” Ladies and gentlemen, THIS is how you flip a hook. Lenny, thanks for the music, again. This is the song you roll too…unless you have a chickadee with you, may not wanna do that fam.

“Burn feat. Z-Ro” I am not feelin’ the beat. Sounds like some MySpace produced shit, and not feeling the song overall. Burn is what my enemies do….aite.

“Go feat. Nina” takes you through the ups and downs of a relationship. Decent track, but nothing major.

“Boy Meets Girl feat. Tanya Herron” Good shit, back to storytellin’. This is the kinda of flow that garnered Face shine on hits like “Smile”. The hook is kinda, blah, but the song overall is aite.

“Who Do You Believe In” Everyonce and again, Face comes at us with something deeper than money, cash, hoes. I wasn’t expecting this one. Face spits truth on the state of the world and the images projected by our figureheads, be they rappers, presidents, leaders, etc. Fly ass track indeed. All in all, probably my favorite.

“Git Out My Face” The last song WAS my favorite until I heard this track. Real simple, fake mofos and haters….see the title of the song. The track is dope, the lyrics follow suit and I found myself playing this about 4 times in a row.

“Suicide Note” Dark ass track. Not just the lyrics and subject, but the sound. You see the name of the track, so yeah. Storytellin’ again, one of Face’s best skills. Decent song, just dark. Not one I would want to listen to on the regular.

“Big Dogg Status (remix) ft. Weezy, T.I. & Wacko” Usually the remix is better than the original, but not this time. The beat is better…that’s about it. Each guest offers up some shittastic lyrics on this track saying shit that has no artistic value or substance. I think Face just wanted the stat power of the names, but this shit is wack. Sadly the longest track on the album and easy the worst. SKIP.

Bottom Line:
Greatness is not simply the performance, but the consistency of a high level performance over time. Scarface is legendary. His catalogue is legendary. 20 years of music and he has had just as much of an impact on the south and Hip Hop music in general as the movie of the same namesake. At this point in his career, I don’t expect another Diary or Untouchable. What u get on Made is Scarface as he wants you to see him, some glimpses of what made him the legend and whats on his mind. This is not a platinum album, but its respectable. This is the 11th offering…and its titled appropriately.