Bizzy Bone – A Song For You [Review] 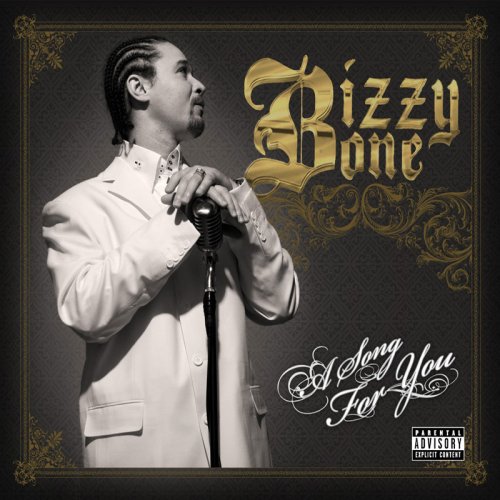 Being part of one of the most popular rap groups of all time, Bizzy Bone has been busy by his lonesome. Releasing his 15th solo album since 1998, Bizzy has kept his fans with an earful of music. A Song for You is actually his second album THIS year! Boasting some big names like DMX, Joel Madden, and Twista, Bizzy showed that he still has some connections in the game. Let’s check it out!

Prelude This is an intro for the next song. A Song for You (feat. DMX & Chris Notez) The song isn’t that bad, I just can’t understand Bizzy. The hook is very soulful, and X’s rhymes were KIND of reminiscent of the old him. But they did the song some justice. I’m The One (feat. Joel Madden) I can’t front on this song. I like the beat and the way Bizzy ripped it. He slowed it down just a tad so you can understand what he’s saying. Or maybe I’m starting to understand the lingo. But the suburban crowd will love this one. Muddy Waters Bizzy gets personal on this one, I’m not knocking the message, and I think the song is on the cheesy side. He talks about the breakup of the group, everyday people struggles, and he gives a shout out to all of the gone but not forgotten. Money (feat. Twista) The track on this one has a sick guitar sample on it. Bizzy did his thing on this beat, harmonizing with the instruments. Twista spit some of the fastest bars I have ever heard that you could understand! WOW! CHECK THIS OUT! What I Have Learned This track reminds me of some of the old Bone cuts. You have Bizzy doing the “Thug Harmonizing” thing on this one. The Bone Heads (sorry) will like this one. Bizzy can still spit out lyrics like he did a decade ago. Mercy Mary The beat is alright, but I can’t understand what he’s saying except Mercy Mary…SKIP! I Truly Believe He gives praise on this song. I think the song fits him. He’s the type of artist that can get away with doing a song of this nature despite his image. Check it out!

Ballin’ (feat. Jim Jones) After giving some praise on the album he comes back with Jimmy! Jimmy put up a nice 16, it just wasn’t enough lyrics on the track. The two needed someone to pull them through it. The track had a 2Pac feel to it, and it needed somebody that had a Pac flow. I Need You He came back with that “Little Shop of Horrors” sound. This song reminds me of that movie. I think it’s kind of gangster that he pulled it off. The song isn’t good, I like the idea though. Hard Times (feat. Chris Notez) This track has a very soulful feel, but I think they overdo it on the song. I have to say SKIP! Memories Bizzy takes a trip down memory lane on this track. It’s a good song, worth checking out. He brings up the fact that he battled Jay-Z back in the day in Atlantic City. He made it sound like he was hanging tight with Jay. “Real” Freestyle He could have left this one off, his thoughts sound so jumbled. I like the hook “I’m a real muthafucka till they kill me!” Hence the word, FREESTYLE! Crossroads Outro More Thug Harmonizing, “gone miss everybody, gone, gone, gone, and see you at the crossroads” for about a minute or so. Nothing major. Bottom Line: I’m not a Bizzy fan, never claimed to be. Reviewing this was like going to the dentist. Some of the visit goes well, but you still have some rough spots. He still can spit like he did when he was younger; however his content is flirting on the Gospel side. If that is the route he chooses, stick with it. Bizzy has been through a lot in his time, so I expected an album like this from him. He didn’t turn me into a fan, but he did enlighten me to his struggle and brought his life to the microphone. nappyPicks: “A Song for You”, “Money”, & “Memories”