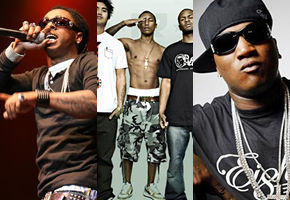 Here we are again. This is where I pick some songs off my ever present iPod and explain to you what I’m currently listening to. Sometimes it’s new stuff; sometimes it’s old stuff, but all the time its good stuff. In this go around: I’m checking out another Lil’ Wayne track that should’ve been on Tha Carter III (maybe), my favorite track of N.E.R.D’s new album, and something off Jeezy’s new mixtape. Let’s go… 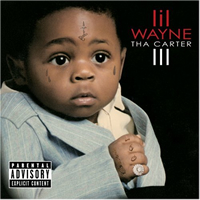 It’s crazy to hear about the numbers Tha Carter III could possibly do. I was talking to P-Body this week (You remember P-Body don’t you?) and after long debates, I finally feel that Tha Carter III is the best album so far in 2008 (When you think about it, that’s not saying much). While I still don’t think it’s a classic, one song off the album that isn’t getting much praise is “La La”. At first I hated this song, but it’s slowly starting to grow on me. Another version was released last week and it has David Banner on it (the producer of the track) instead of Brisco. If this is a real track, why wasn’t this version on the album? 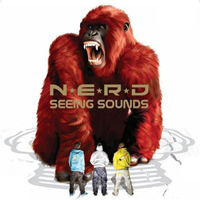 We got a lotta hate last week because we didn’t review the new N.E.R.D’s album Seeing Sounds. It’s not that we don’t like Pharrell and company; we didn’t review Seeing Sounds for the same reason we didn’t review Gnarls Barkley’s The Odd Couple. by the way, I actually like Seeing Sounds and have been listening to it recently. I don’t know if it’s for everybody though. My current favorite track off the album is “Anti Matter” (Check out the girl killing it on the hook). 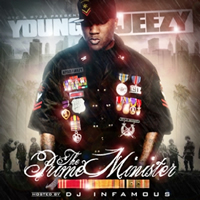 This weekend, my girlfriend and I were in downtown Atlanta by the Phillips Arena. My dumbass totally forgot that Saturday was Hot 107.9’s Birthday Bash concert (featuring Webbie, Soulja Boy, Gorrilla Zoe, Rocko, Shawty LO, Plies, Jeezy, and T.I.), so it was crazy out there. I did see people advertising for Young Jeezy’s new album The Recession and T.I.’s upcoming Paper Trail, among other things. Dudes were passing out mixtapes galore, and while most of them were bullshit, I did get one that was okay; Jeezy’s new mixtape The Prime Minister (It’s been a while since I had a hard copy of a mixtape). I saw this one pop up earlier online, but I didn’t check for it. After listening to, it’s average at best; nowhere near Trap Or Die. I did like a few songs off of it; “I’m Here” is the intro of the album (The quality falls from there).