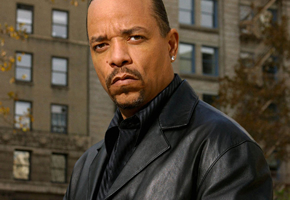 Yea, I know we kinda late (I told you we wasn’t posting anything this weekend). So Ice-T fired back at Soulja Boy over the weekend, and in all fairness here’s the video.

Okay, so can we now officially chalk up an “L” for Tracy? Check out the Iverson jersey that he has on, what about the fact that his “Sherm Perm” is now missing, or the fact that his son looks WACK talking about someone his age with WAY more chips than him. Apologize to him, WHAT? You disrespected SB first, so why does he owe you an apology? If you don’t like his music, understand it’s not for YOU! How can you hate on someone self made? I hate to say it, but I have to ride with SB on this one. I guess Kanye did too because he had this to say:

“Soulja boy is fresh ass hell and is actually the true meaning of what hip hop is sposed to be. He came from the hood, made his own beats, made up a new saying, new sound and a new dance with one song. He had all of America rapping this summer. If that ain’t Hip Hop then what is? A bunch of wannabe keep it real rappers that ain’t even relevant, recycling samples trying to act like it’s 96 again and all they do is hate on new shit? Ni*gas always talk about the golden age but for a 13 year old kid, this is the golden age!!!

That song was so dope cause everything he said had a hidden meaning… that’s Nas level sh*t… he just put it over some steel drums which is also some Nas sh*t if you had the 2nd album cassette with the bonus track “Silent Murder” on it. In closing… new niggas get ya money$$$$$$$$$$ Keep this sh*t fresh and original…. ain’t no fu*kin’ rules to this sh*t and that’s what real hip hop is to me.”

Check out this video of Ice-T from back in the day….