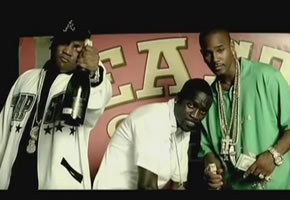 Jeezy isn’t on my top spins list, but his adlibs are some of the best in the biz and he makes some decent songs. Couple that with Akon who has one of the most annoying and identifiable voices in history…but that man can put together a song. This weeks SOTW has them teaming up with Shabba Ranks, Sizzla, Jeezy, and Vybez Kartel on a remix of “Soul Survivor”. COTDAMN! This song is old, but outside of NY, I don’t know if many have heard it. I know I was late on this one, but it hasn’t had a breather since I copped it. The energy on this joint is insane!!!! This is one of those songs that you put on in the gym and end up damn near passed out. This shit will have you throwin’ around 1 thou on the leg press if you aren’t careful. What, that’s just me? LOL. Man, anyway, enjoy the Song Of The Week.