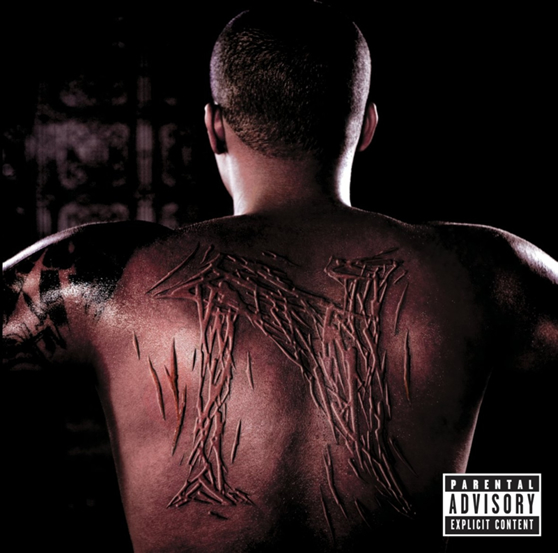 Ever since his debut, Nas has always been known as one of the premier lyricists in Hip-Hop. The public may have sometimes overlooked with “Who’s the Hottest” lists and what not, but for most, Nasir Jones has always kept a spot on a large amount of “Greatest of All Time” lists (Come on, we all have our Top 5). His last album, Hip Hop Is Dead, Nas had the whole Hip-Hop community debating on the whether the art form has met its demise or not (2 years later, we still are).  Well, not to be outdone by him self, Nas releases the originally titled Nigger (Now known as Untitled). Once again, the title (or even the thought of the title) caused a firestorm of controversy not just with the Hip-Hop community but with the national/international media and caused even more debate. Even with all of the attention, at the end of the day it’s all about the music. After changing the title supposedly so it could be sold in places like Wal-Mart, the bad thing for Nas is that the album has been leaked for almost 2 weeks now. The good thing for us is… the album has been leaked for almost 2 weeks now. What’s the verdict? Let’s find out…

1. Queens Get The Money
Produced by Jay Electronica
Even though it was once believed that Jay Electronica would contribute a verse to this album, his sole involvement was production of the intro track. Over a chopped piano sample, Nas sounds poignant while effortless as he rhymes about his hood, fatherless children, government back dealing, and even his wife  (“My queen used her milkshake to bring y’all to my slaughterhouses”). Nasir even drops a 50 Cent diss so intricate, Curtis Jackson might have a hard time catching it.

2. You Can’t Stop Us Now
Featuring Eban Brown & The Last Poets; Produced by Salaam Remi
This song could be taken as a national anthem for the Black downtrodden. On the first verse he goes over our persecution, our history, and the overlooking of such (“Betsy Ross sold the American flag/Bet she had a nigger with her to help her old ass”). King Jerm was quick to point out to me that the RZA recently used this same sample/hook on his latest album. Nas easily trumps that’s version with this when you add The Stylistics’ Eban Brown blessing the hook and the superior production from Salaam Remi (If this is the song that supposedly replaced “Be A Nigger Too”, I prefer this one).

3. Breathe
Produced by J. Myers & Dustin Moore
“In America you’ll never be free/Middle finger up, fuck the police”. Even though the hook may sound aggressive, the beat and tone is completely opposite from that. This is a lay back and smoke out song (If I actually did smoke). Nas just speaks on just being able to relax instead of worrying about being arrested, poor, or shot. Even with it’s sleepy guitar, the song works because that’s the attitude.

4. Make The World Go Round
Featuring Chris Brown & The Game; Produced by Cool & Dre/Co-Produced by The Game
Well, you can’t like everything. Other than scratching my head about the Chris Brown feature, this song has other problems. The beat provided by Cool & Dre (And I guess The Game) can get kinda annoying with the background sample. Nas sounds more like his 1996 Escobar version with all the flossing in his rhymes. The Game comes with his C game (No pun intended) and spend too many bars rapping about Tony Romo, Jessica Simpson, and Nick Lachey. This is not the revolutionary music we was promised and I pray that this won’t be a single.

5. Hero
Featuring Keri Hilson, Produced Polow Da Don
The official first single off the album. The weird paring of Polow and Nas surprisingly produces gold. Some people have complained that the hook and title of the track was kind of corny. But when you think about it, couldn’t Nas’ collaboration with Alicia Keys on “Warrior” be taken the same way? From the production stand point, Polow Da Don provides a complicated track on an album that more or less musically simple. The beautiful Keri Hilson does her thing also. I surprised with all the superhero movies coming out this summer, not one of them legitimately used this as a theme song.

6. America
Produced by Stargate
Here, Nas goes in more about the thievery and backhandedness of some American tactics. Over a Stargate produced track (Who previously has worked with mostly R&B/Pop acts), Nasir evokes some pretty powerful imagery; “Lipstick from Marilyn Monroe/Blow a death kiss to Fidel Castro”. It’s basic message is that to foreigners, America is not what you think it is.

7. Sly Fox
Produced by stic.man
Nas does what a lot of rappers are scared to do, goes straight at Bill O’Reilly’s home, Fox News and the whole Fox monopoly. Over a heavy metal riff, Nas breaks done and analyzes the longs tentacles of the Fox Corporation be it the George W. Bush favoritism, their racist and bias owned newspapers, or their heavy internet presence. It’s fitting that stic.man of dead prez produced this track since that this is exactly the kind og thing dead prez normally does.

8. Testify
Produced by Mark Batson
When the first line of a song is “I just burnt my American flag/And sent three cracker Nazi to hell and I’m sad”, you know immediately that Nas is shooting from the hip. The production here is intimate; almost like you watching Nas perform this is a sparse café or blue’s club. Nas asks the question; If you believe my music, would you really stand with me and ride what you believe in? After a few listen, it’s a prevailing song.

9. N.I.G.G.E.R. (The Slave & The Master)
Produced by DJ Toomp
This is perhaps my favorite track off the album is probably started my whole excitement about this album. DJ Toomp continues his frequency of collaborating with Hip-Hop greats (Jay-Z and now Nas) and totally delivers a banger. Even though Toomp is a southern producer, Nas sounds comfortable and at home here of Toomp signature sound. Spelling out the original name of the album and continuing it’s theme, Nas goes in; “They say we N-I/Double G E-R/We are much more/But still we choose to ignore the obvious/Man this history don’t acknowledge us/We was scholars way before colleges “. Without the title, I swear this song would have gotten major play on radios and television. It’s just that good.

10. Louis Farrakhan
Produced by stic.man
At first I thought this was one of Nas “biography” song like the ones he did for Rakim (from Street’s Disciple) and Mike Tyson (from The Nigger Tape). But actually, it more like homage and uses a sample of Farrakhan’s name. Nas goes in about being the tribulations of being a revolutionary. It’s crazy, but being a dead prez fan, I still surprised at the great production provided by stic.man.

11. Fried Chicken
Featuring Busta Rhymes; Produced by Mark Ronson
I have to applaud Nas for taking this approach on this subject. In an ironic but serious way, Nas and Busta verse about the stereotypically favorite meats of African Americans: Pork and Chicken. Instead of just preaching about health ricks and such, they take it and flip it giving these foods the personification of women they lust for. Busta Rhymes surprised me because lately I have started growing weary of his features. The beat takes this from average lyrical album track to banger.

12. Project Roach
Featuring The Last Poets; Produced by Eric Hudson
This could be taken as an interlude since it clocks at around a minute and a half. Just like Nas did on other classic like “I Gave You Power” (Where he takes the role of a gun), Nas rhymes here form the perspective of a project roach. Well, maybe not. This song is a double edged sword of meaning that is helped by the poetry of the legendary Last Poets. I’ll let you be the judge. Satisfying song.

13. Ya’ll My Niggas
Produced by J. Myers
Nas continues pushing the subject about the “N word” and the commercialization of Black culture as a whole. J. Myers production gives Nas room to talk about these issues; “Controversy surrounds/Who can say it and when/Some niggas is full time/Some playing pretend/So fuck that no apologies on the issue/If it offends you, it meant to/It’s that simple”. This is a easy listen but packs a punch by way of content.

14. We’re Not Alone
Featuring Mykel; Produced by stic.man
The hook here provided by Mykel, is soulful and thought out. Nas finds a way cover subjects like alien abduction, conspiracy theories, and racial unity in the same song. Nas then surprises us when he goes spoken word at the end when he explains and states that he actually has loves America and all nationalities and that a new day is approaching (This is the same thing he did with “Hope” on Hip Hop Is Dead). This would be a great way to end the album, but it opens the door for…

15. Black President
Featuring Johnny Polygon; Produced by DJ Green Lantern
This song was at first thought to be an exclusive to the DJ Green Lantern hosted The Nigger Tape mixtape. I guess this song seemed fitting to add the official album seeing the current situation with the United States. I like this song but it seems to come off clichéd when you add the Obama sound bites and the R&B hook. Don’t get me wrong, like I said, I like the song. Nas spits some heavy knowledge about the problems and pluses of a Black Commander In Chief while the 2Pac sample from “Changes” is well placed.

BOTTOM LINE:
When I first heard this album in its entirety, I called King Jerm and put out what I called a “5 Star Watch” (I only do this when I think an album is a classic; I don’t do this very much). We here at nappyafro have never given a 5 rating to any album we have reviewed and it seems as if that streak will continue. Nas has created arguably the best album (so far) of 2008. Untitled (I still prefer to call it Nigger but what do you do) is exactly what we need in today’s Hip-Hop climate of excess and “making it rain”. It calls back to the days when Hip-Hop could make you think about your way of life and even inspire you to make it better. The album had a cohesive feel with only one slip up; without it the rating might have been higher. Even if Nas doesn’t break the bank when the album’s sale numbers are released next week, he should be proud of the art and hope Untitled has produced. Nasir Jones should also be proud that he brought up the topic of racism and inequality and made people who normally wouldn’t talk such things do just that; and at the end of the day, wasn’t that his main objective?

nappyPicks: We really need to go and support album like this. I’ll have a better chance telling which one wasn’t notable.