Roc Nation: Will It Be Different This Time? 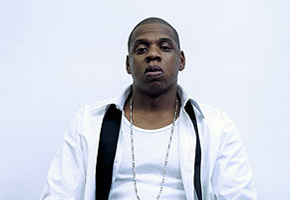 We’ve all heard that Hov signed a deal with Live Nation, which is called Roc Nation, and this deal will be used to fund all of Jay’s entertainment ventures, like a new record label, also called Roc Nation. This deal was signed back in April, and was reported worth 150 Million DOLLARS! However, for this deal to take effect, Hov will have to finish his contract with Def Jam. If he releases one this year, then he’ll be able to leave Def Jam and being Roc Nation.

Jigga is worth over a half a billion dollars, and has a rep for being a business man, so we know he’s not going to just toss his money around, but is he really just going to leave Roc-A-fella? I mean, if you hadn’t noticed, Roc-A-fella earlier this summer, dropped a large number of it’s artists, including Freeway (one of the most underrated artists ever), Young Gunz (a rap duo), Peedi Peedi (Whatever), Tru Life (Still on Doggystyle Records), and Jadakiss (what!). If you don’t believe me, check out the Roc-A-fella website: only artists in the line-up are Jay-Z, Beanie Sigel, Kanye, DJ Clue, and Memphis Bleek. What is going on at Roc-a-Fella??

In 2001, Roc-A-Fella was the shit. Seriously. The Blueprint was out, and people was all over the Roc. They actually were putting out other people too, like Freeway, Beanie Sigel, DJ Clue, Amil, and Memphis Bleek. Then the ROC broke up in 2004 and everything went downhill! We lost Beans, M.O.P., and others. We had Roc La Familia with N.O.R.E. and Hector “El Father”, but that label folded soon after. We got Kanye, but that was the ONLY artist on Roc-A-fella making hits, which is still true today sadly; Jay’s been doing his thing, but he hasn’t been on the top of his game. American Gangster has filled me with hope for the future, but still, what is up with Roc-A-Fella??

If you ask me, Jay is holding back on Roc-A-Fella projects so he can move the artists over to Roc Nation. But will anything change when Roc Nation is formed? I’m a HUGE Jay-Z fan, but when it comes to promoting his artists, he’s not on top of things: Freeway only sold 100k 6 months after his album was released last year! Then when he complained to Def Jam, he was dropped! All because of no promotion. I’m not on LL Cool J’s side cause I don’t think he would’ve moved more than 500,000 units, even with promotion, but hopefully Jay will get his shit straight with Roc Nation.

Below, I’ve listed artists who could go to Roc Nation. Some will happen, others I put on because I want them to happen, and some I’m probably flat-out crazy to even think of. But anyway, here it goes:

Beyonce (A&R)
Reason: I read about this somewhere: Beyonce is supposed to become the A&R of Roc Nation to help scout for talent. She’d be good for the job: maybe we’d see more female acts on Roc-A-Fella.
Chances of being signed: Incredibly Likely if Jay can get her to do it.

Freeway
Reason: He’s been on the squad for almost 10 years, and Free at Last was bangin’. He didn’t deserve to get dropped, hopefully he’s not angry with Hov like Peedi.
Chances of being signed: Likely if Jay wants him back.

Memphis Bleek
Reason: Do you have to ask…? I mean, Bleek is kind of mediocre as a rapper, but Hov’s been holdin’ him down since ’96. This is a no brainer.
Chances of being signed: Extremely Likely

DJ Clue
Reason: The only DJ on the roster. I guess they could afford to lose him: He’s done solid numbers in the past, but Professional 3 wasn’t too successful, and Jay might want a new sound for Roc Nation. I’m going to go with maybe here.
Chances of being Signed: Sort-of Likely, but if Jay wants new DJs, adios

Kanye West
Reason: He’s the biggest artist on R.O.C. right now, including Jay-Z himself. But I think once Roc Nation is formed, Kanye will leave to work on GOOD Music: he’s got a big enough fan base to stand alone.
Chances of Being Signed: Depends on how arrogant Kanye is

Lil Wayne
Reason: According to D-Dot’s interview, Weezy will head over to Roc Nation if Jay calls him. With the numbers Tha Carter 3 did LEAKED, Jay would have to be an idiot not to pass this up. However, Weezy’s already got Young Money Ent., and is big enough to own his own label, plus I’m still skeptical Weezy would leave Baby like that. But if he does, it would make Roc Nation HUGE, and possibly start an even bigger beef.
Chances of being Signed: It’s up to Weezy

Saigon
Reason: Even though his debut album STILL hasn’t been released, he’s got potential. Jay has worked with him before, and Just Blaze is cool with Jay, so he’d put the good word in for him.
Chances of being Signed: Very Likely; Saigon’s not going to say no.

Rick Ross
Reason: It’s called Roc Nation! Jay needs some southern acts that can sell records, and Rick Ross has proven that, having the first album to go gold. They worked together twice before, so maybe?
Chances of being Signed: Sort-of Likely; I doubt Ross would decline.

Nas
Reason: A living legend, and probably the only guy on this list with a classic besides Jay(unless you conside C3 classic). Nas and Jay are businness partners now and good friends, so why not? However, he’s already signed to Def Jam, so it wouldn’t happen in the near future, unless they made a joint venture of some sort.
Chances of being Signed: Likely in 2 years, unless Nas is actually going to do something with Ill Will Records.

Well, there you have it. A solid roster if I do say so. I think Roc Nation will amazing, especially since Live Nation will be giving Jay 5 million a year; he can use that to promote his artists! If he does, Roc Nation could be the biggest rap recording label, rivaling even Def Jam. Here’s hoping.