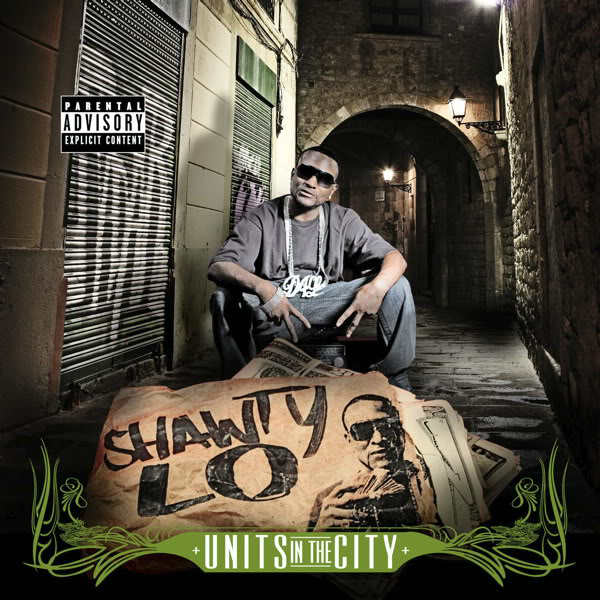 You would think being on the Mt. Rushmore of Snap music was enough. NOPE, not for Shawty LO! He has branched out on his own and released a solo LP. The Bankhead, Atlanta native received a big buzz off of his first single, “Dey Know” but only because of the appearance of Young Jeezy. But enough about this let’s get to the music.

100,000
He starts it off with a simple beat and some simple rhymes about selling drugs. Why does he sound like a bootleg Jeezy? NEXT!

Dunn Dunn
First saw the title and wondered how he would pull it off. But he has dunn dunn it all! This is the infamous song where he allegedly calls out T.I. “Say they from the Westside must be two sides!” It’s kind of funny that he has the nerve to call out Tip on a record. The song is decent.

Foolish
The beat on this one is pretty straight but the lyrics on this one are GARBAGE! Whenever you use “nah nah” and “ha ha” in a song, I think you have earned the right to say that. SKIP!

Let’s Get It
Featuring DG Yola
He uses a phrase from “Dey Know” on this one. The production is simple and LO keeps it up with the simple rhymes. Yola resurfaces and lays down a cliché filled 16.

Feels Good to Be Here
On this one LO is looking back on his life, can’t knock his story, but I can knock the song. This beat sounds too simple and he is still keeping the ABC rhymes. SKIP!

Ain’t Tellin’ You
Featuring Phace Baity
This album is getting redundant. This song sucks! He talks about the same thing over and over again. Same thing on a different beat.

Cut the Check
Featuring Lil’ Mark & Braski
The dopeboy/rapper/exec is back on this one with some help from Lil’ Mark and Braski. If you rap with LO you have to use the same style as him. You know dizzo, lizzo, and hello. This one isn’t that bad until LO starts rapping. That’s terrible because this is his album!

GA Lotto
This sounds like “Rubberband Man” a little bit, matter of fact a lot! But don’t worry, he doesn’t deliver like Tip. He says he has dope money like he won the Georgia Lotto! WOW!

That’s Shawty LO
He’s exploiting the children on this one! He should have gotten them to write his lyrics while they were at it! Don’t bother listening to this song! SKIP!

Easily I Approach
The beat starts out okay, but then it goes back to being simple. Nothing new from LO on this song, he uses the same story on the eleventh song. He even borrowed a line from Eazy-E on the song.

Live My Life
Featuring Kool Ace
The beat sounds like one from a Tampax commercial. The hook is horrendous and I know I’m sounding redundant but LO is still kicking those Pre-K rhymes. NEXT!

Got ‘Em 4 The Lo
Featuring Gucci Mane & Stuntman
This is my dream collabo; Shawty LO and Gucci Mane…what! While most of you were waiting for Jay and Nas, I was waiting for LO and Gucci. The song lived up to the hype…its TERRIBLE! Stuntman’s verse was the worse. Unless you’re a fan of both rappers, don’t listen to this.

Count On Me
Featuring Miss T
Guess this is what he calls a love song. I call it what it is…TRASH! I’ll let you be the judge! The chick singing the hook is okay, but she isn’t hitting any high notes except for a “Damn Thang!”

We Gon Ride
Featuring Mook B, G-Child, Stuntman, Lil’ Mark, & 40
The last song on the album is a posse song featuring the crew. The hook has some guy singing “we gon ride, we gon ride!” I hate it. The song is not that hot either. Glad this is the last song!

Bottom Line:
This is the guy from D4L you know, so hope you didn’t expect any Hip-Hop quotables from the guy. He uses the same lines throughout the album, Bankhead, dopeboy, and the Lizzo. He even raps in that same whispery voice the whole album! This is one of the worst albums I have reviewed. This has to be the only solo album that he ever releases! When you put simple lyrics with simple beats you get Units in the City!