Three Reasons Why You Should Love Gucci Mane 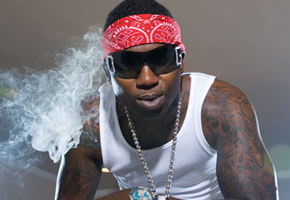 Over the past year, I have been listening to Gucci hard on and off. Therefore, like the rest of you, I was pretty upset when Gucci was sent up the river ten days ago. He “allegedly” didn’t do his required amount of community service. I would say he did his fair share of community service by giving us all those mixtapes. Doesn’t that count for anything? Gucci was on his way to the top with his Lil’ Wayne work ethic, dropping mixtape after mixtape. Enough of the small talk, let’s get to the reasons why you should love Gucci Mane! Oh I almost forgot….FREE GUCCI!

1. Street Credibility
Now I know someone ended up dead because of his actions, but “street dudes” respect the fact that he really does have a reason to have a teardrop on his face, and EVERYBODY knows about it. Today in Hip-Hop, credibility is everything, and that is one thing that you can’t say that Gucci doesn’t have.

2. Ignorant Lyrics & Adlibs
How many times have you listened to Gucci and busted out laughing? Not because he said something wack, but because he said something hilarious, for instance, “everyday low prices like Wal-Mart, bricks on aisle 9, so get your shopping cart.” Let us not forget the infamous “freestyle” that we had on our front page. “I was trappin like a bitch!” You have to love Gucci’s lyrics because they are funny as hell but serious at the same time. GENIUS!

3. Beef’s with Anybody
Let’s see whom he has had beef with in his career: Jeezy, T.I., Jay-Z. Those are some heavyweights in the game. How did he fare? Well that is another story. The Jeezy beef started over the “So Icy” song and ended with someone being killed. The T.I. beef started because he thought Tip disrespected him, it ended with Gucci apologizing publicly. The Jay-Z beef was one sided, and it started with Gucci hurling insults about Beyonce, but Jigga did not respond. If Jay heard about it, I don’t think he would have said anything to Gucci, because he didn’t want to have another Jim Jones situation on his hands!
If you still crave more Gucci…here is his latest (and maybe last for a minute) mixtape