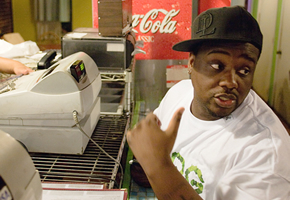 These days it seems like a number of MC’s are putting aside dope lyrics for soulful melodies. Maybe it’s for that “Beyonce” money or maybe it’s to show versatility, but a lot of rappers like Snoop Dogg, Lil’ Wayne & Kanye West, are moonlighting as R&B singers. While most of these attempts seem more like novelty, there is one MC that makes the transition seem effortless. Phonte Coleman, one half of the North Carolinian duo Little Brother, has gain numerous critical acclaim for his lyrical prowess on the mic, but surprisingly, his singing game isn’t half bad either. And even more surprising is that lately, most of the high rated R&B on my iPod are either from or featuring Phonte. Weird…and yes, I do listen to things other than Hip-Hop.

Download: Jazzanova feat. Phonte – “Look What You’re Doin’ To Me” 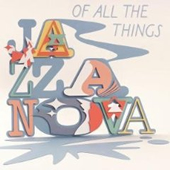 Phonte hooks up with the German Berlin based DJ/producer collective known as Jazzanova here. The combination may sound weird, but the results are overwhelming .This track hit the internet last month and ever since then I been playing the shit out of it. This old school inspired song quickly became my favorite from this year and hands down my pick for best R&B track of 2008. Period. 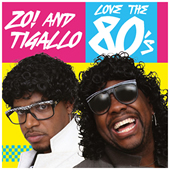 Yeah, the cover was hilarious but the actual album has some serious R&B gems. Here, Phonte adds soul to Level 42’s “Something About You”. I always liked the original, but now I can openly bump this without fear of embarrassment. Okay, maybe the kazoo solo at the end was a bit much but still…

Download: The Foreign Exchange feat. Darien Brockington – “All or Nothing/Coming Home To You” 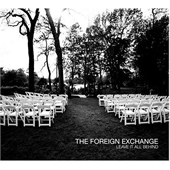 If you have at least checked out Foreign Exchange’s Leave It All Behind, you’ll find out that it’s better than what most strictly R&B artists put out these days. It seems as though Phonte not only raps about his non-luxurious lifestyle, he sings about it also (“I’m on the couch? That’s cool, I wanted to play Xbox on the big screen anyway”). What do you do when Darien Brockington out sings you on a track? You throw in a rap at the end. Advantage: Tigallo.