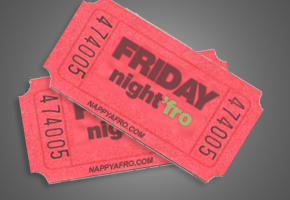 I hope I didn’t fool anybody with the title of this post; this has nothing to do with the movie that revived John Travolta’s career (I do love that movie Pulp Fiction though). I think I’m just gonna throw up some random title so every Friday Night ‘Fro won’t be just called…Friday Night ‘Fro. I’m not gonna be to long  today; it is Friday after all. Let’s see what I have this time for your weekend viewing pleasure:

Here, Kanye plays Brad Pitt in Cool Word (That movie sucked by the way). But the video is alright; Yeezy keeps bring diversity to the game and I can’t be mad at that.

Speaking of Kanye West. Yeah, the video has fighting, alcohol, and a lot of posing; but you know what I LOVE THIS SHIT! If you remember when I reviewed Khaled’s We Global, this was by far the best song of the album; so maybe that’s why like the video.

I guess 50 was going for that Mad Max/I Am Legend feel here. I mean, it’s not bad. At this point I think it’s time for 500 Cent to realize that he’ll never make another “In The Club”. I not really excited about Before I Self Destruct but I did watch 50’s new MTV reality show The Money & The Power (When they started passing out doo rags, I was done).

Yeah, I know this isn’t a music video (Who said I couldn’t post anything else”), but I was actually planning on going to see this movie. It looks like Bobb’e J. Thompson steals the show (Even though it seems like this kinda thing has been done before). A little kid curising is sometimes funny; I’m sorry. For the record, my most anticipated movie this year is The Wrestler starring Mickey Rourke (Look it up punks).

Okay, this is a little self serving but I remember e-mails about the Terry Tate/Sarah Palin skit. I been on Terry Tate since the beginning. It’s also football season and the Jets have a winning record. Respect my satifctory video editing skills. Peace.