If there’s one thing to make me do a post on Saturday, it’s a new Jay-Z song (Did you really think I wouldn’t write about it? Really?). In this iPod Hustle I actually feature 3 Jay songs; 2 from Jay-Z and 1 from Jay Electronica. Man, I just realized that this my second iPod Hustle in like two days. I’m doing it like that? Nah, y’all punks don’t care; I do it for the love. It’s too early; I’m just rambling now. Music please…

Producer: Just Blaze Kanye West & Kenoe
Album: The Blueprint 3 More Than A Game [OST]
“The success is like lust, it’s good to the touch. She good for the moment, but she’s never enough” 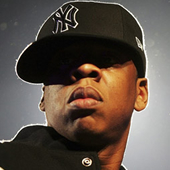 The radio rip of this track came out Thursday when Jay-Z premiered it on Angie Martinez’s radio show (And was soon followed by an official version the next day). As soon as it comes on, you can quickly tell that it’s a Kanye West production; but more Graduation than 808’s & Heartbreak. This is not a Jigga who’s trying to get a radio hit, this song is deeper than that. It’s basically an anthem and metaphor for chasing success. Yes, I’m playing it in the background right now. The Blueprint 3 is on the way.

Producer: Just Blaze
Album: Fresh Cuts Vol. 3 (Music By Guitar Center Employees)
“Candyman spit me a dream, blow chunk of the levee out and spit me a stream. Knock a man house down and build a casin, a $2,000 dollar government check from FEM.” 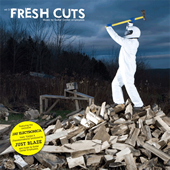 Holy shit. That what I said when I first heard this track earlier this week. First of all, any track produced by Just Blaze is mostly always good. Plus Jay Electronica is straight spitting that 1995 Nas shit here. What? That’s not a diss. If anybody can rap like Nas its a compliment; Electronica can spit and this is probably one of the best songs I heard all year. Don’t ask me why this song is featured on a Guitar Center compilation though. 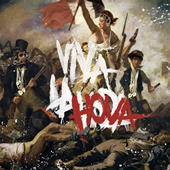 Yeah, I know, I already did something about Viva La Hova. But I’m still playing the hell out of it. The mix of Hov’s “My Momma Loves Me” with Coldplay’s “Lost (Acoustic Version)” fits so well. This is coming for somebody who loves good mash ups. Is Vida La Hova better that The Grey Album? At this point I don’t even know anymore.