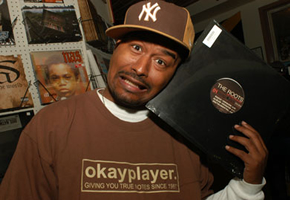 This is one of those songs that most of the Hip-Hop world looks for every year. I didn’t think that Skillz was going to make one this year, but he did. He did it big last year with a video, I wonder if he’ll do the same this year. Skillz is a talented artist who ghostwrites for a lot of artists. Its a shame that he might never break over into the mainstream. But some people don’t need the limelight to shine. This is the one time of the year when all heads are checking for Skillz. So instead of worrying about being boxed in for doing these type of songs, he should embrace it, and roll with the punches. Some people don’t get noticed at all, and people actually wait to see how Skillz will do the “Rap Up” and flip everything that happened in the year. The songs are always dope (some people might disagree) but he is the only one that does it. So sit back and enjoy the last installment of Song of the Week for the year 2008! We might have another post for you guys before the year’s out. If not…WE’LL SEE YOU NEXT YEAR!