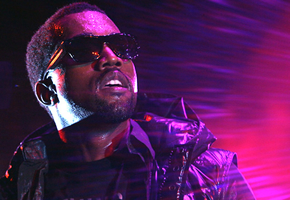 Damn, it’s 2009 already? After almost doing this column 40 times now, it still feels like I just started this yesterday. What does ’09 hold for Hip-Hop on the charts? We’ll see a new Eminem album, maybe Detox, hopefully Blueprint 3 as well as a host of other releases (January looks slack as hell by the way). But before we get to that, here’s the first edition of the Numbers Game for the new year.

I was thinking yesterday if Kanye’s 808’s & Heartbreak was really a failure. I mean, yeah he didn’t sell 800,000 albums in the first week like he previously did with Graduation, but who is? Five weeks since the release of Kanye’s 4th album and he’s already has sold a million copies. In today’s market when going Gold in the “new” Platinum, is this really a failure? Now compare that to Common’s new album. Where the hell is Universal Mind Control?

T.I. jumps up 19 places on the charts and sells almost 80,ooo copies of Paper Trail in it’s 13th week. It might take a while, but I seriously think T.I.P.’s 6th album will go double.

Like a young Jerry Rice in a 49ers jersey, Lil’ Wayne just can’t be stop. After almost a month on the charts, Weezy moves up some spots and sells over 50,000 copies of Tha Carter III. Sitting at 2,874,420 album sold, he may go over that 3 “Milli” mark next week. And who the hell is still buying the retail version of Dedication 3? It sold over 9,000 albums this week.

The goon Plies drops form #14 to #36 this week with his 3rd album Da REAList. Maybe he won’t be getting that 3rd consecutive Gold plaque after all.

This week could be looked as a sorta good thing for Soulja Boy. Yes, his new album iSouljaBoyTellem still sits a the bottom of the Top 50 at #47, but he only dropped 4 spots from last week. Most of the time if a rapper debuts at #43, he’s not in the Top 50 the next week. But it’s really hard for me to pull for the kid when he makes statements like; “Nas killed Hip-Hop”.

I’m not really going into the R&B numbers this week (You can still check out the numbers below). Don’t be mad if I might not put ALL the numbers up for ALL the Hip-Hop/R&B artists in the Top 50 (Do you really care about Akon’s numbers?). See you next week. Peace.