The Best Video Out: Young Jeezy – “Who Dat” 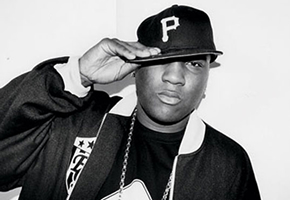 I know I’m late on all videos, how can that be when you have so many video sites out there? I was cruising the FORUMS when DJ LP was asking who was the female cop in the video. I’m usually down to look at the women, but I was caught up in how dope of a video this was. Jeezy called in all the help on this one Nas, Khaled, Ross, Cube, Akon, and the list goes on and on. But check the video out and see for yourself. I don’t know when this one came out, but it is instantly one of my favorites.  I do have a question: what happened to all the video shows?  I remember turning on Rap City in the afternoons and staying current with the videos. Those days are gone now. I don’t know who has a video for what song. That is why I was so GEEKED to see this one. This is one of my favorite songs off The Recession, probably the most debatable album in nappyafro’s history! Sit back enjoy the video. The FRO is on cruise control this week, but we’ll be coming back HARD next week!