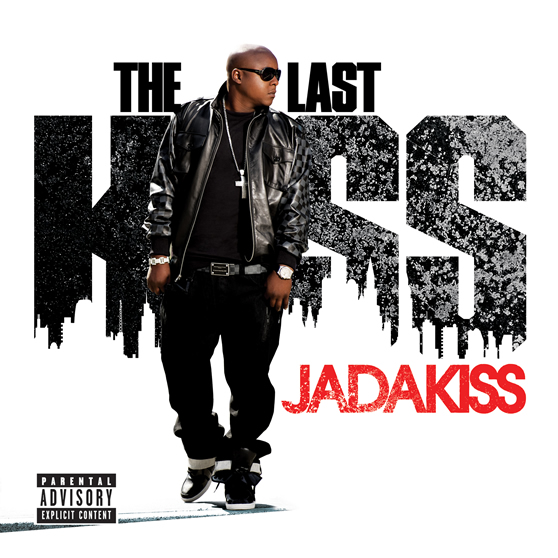 It’s Jadakiss. I don’t need to give you a big build up to this review. A lot of folks have Jada in their top 10 lists and about the same amount of folks put him in the “talented but” category. On the heels of one of the hottest mixtapes, Jada drops the last in his Kiss trilogy. Let’s get it in.

1. Pain & Torture
Produced by Buckwild
You can lead the troops with this battle themed track. Buckwild goes hard on this track and gives us some mean instrumental drama here. Jada…look….”Me vs. any rapper is slaughter”. Jada is doing his thing on this one, and if this is any indication of the rest of the album, I don’t know if I can disprove that statement.

2. Can’t Stop Me
Featuring Ayanna Irish; Produced by Neo Da Matrix
Familiarity doesn’t always breed contempt, this one being all Ruff Rider’d out. Neo provides a head nod for Jada to lyrically step to, and he does a great job. Ayanna’s vocals do well, but I think it may be overused on this track, but this is still a good song.

3. Who’s Real
Featuring Swizz Beatz & OJ Da Juiceman; Produced by Swizz Beatz & The Individualz
No surprise about how this one sounds….it’s Swizzy with horns, clap, and chant, all in tow. Why is OJ on here though? Not feeling his verse at all…it doesn’t even fit the song. Jada doesn’t falter though, “We ain’t hustlin’ no more we doin’ gymnastics/couple’a flips then stash it, bastid”.

4. Grind Hard
Featuring Mary J. Bilge; Produced by The Inkredibles
This will probably be the next single unless “Smoking Gun” is, more on that later. Typically, I don’t get down with Mary J. singing the hooks, it’s so cliché nowadays with everyone trying to catch that feel from “All I Need” with Method man…but I can’t front on this song. The Inkredibles hit us with an anthem style beat and Mary laces the hook on this one. Jada, seemingly unstoppable at this point, does his thizzle once again.

5. Something Else
Featuring Young Jeezy; Produced by Don Cannon
Damn Cannon, this track is nice. So far it seems like this roster of producers is serving the purpose. I don’t really dig Jeezy’s flow, but the lyrics weren’t bad. This is another dope song on the album.

6. One More Step
Featuring Styles P; Produced by Poobs
The track is simple, but Hip-Hop personified. Very minimalist, but the little things and the layering make this track pretty catchy. Styles and Jada trade bars in this lyrical tango and handle business.

7. Stress Ya
Featuring Pharrell; Produced by The Neptunes
No shock, I don’t think Jada has done an album without at least one Neptunes song. I don’t think this one is nearly as successful as the last collab from Kiss of Death, matter of fact….I don’t like this one at all. Jada’s lyrics keep this one from being skipped.

8. What If
Featuring Nas; Produced by Chophouse
We get a decent track for this one; Chophouse does ok. I think some songs are better left alone. This is basically “Why Pt. 2”. Don’t get me wrong, it’s not a bad song at all, but it doesn’t move me. I think the hardest line from the song is “What if Peyton was fighting dogs instead of Mike Vick”.

9. Things I’ve Been Through
Produced by Mr. Devine
SON. They got Loofah (Luther Vandross) singing on a Jada song. This sample and simple loop job is fantastic. Kudos to Mr. Devine. Just like the song says, Jada gives us some storytelling on his-story in the game. This is one of my favorite songs on the album.

10. I Tried
Featuring Avery Storm; Produced by Baby Grand
Normally, I don’t rock with extra synth tracks but Baby Grand laces us with a pretty good one this time. Per usual, Jada melts this track verbally. I’m not such a big fan of Avery Storm on this track. I think he could have used a different singer here.

11. Rocking With The Best
Featuring Pharrell & Bobby Valentino; Produced by The Neptunes
I’m trying to be open, but I don’t have a natural aversion to Neptune tracks…just happens that a lot of the tracksI end up not feeling are made by them. This one is boring to me from tracks to lyrics. I think I will delete this song from the iPod. SKIP.

12. Smoking Gun
Featuring Jazmine Sullivan; Produced by Denaun Porter
As I mentioned before, this may be the next single….should at least be up for consideration. The story is one that is all too familiar in our community, abuse and the issue of our lost young black girls. The track reminds me of “Where Is The Love” by Black Eyed Peas and has the same operatic sensibilities in it. Jasmine, my boo, blesses the hook and I wonder how she would have sounded in Mary J. Blige’s place earlier in the album. This is another one of my faves on the album.

13. Cartel Gathering
Featuring Ghostface Killah and Raekwon; Produced by Swiv B & DJ Eddie F
DJ Eddie F has been in the game damn near since there has been a game to get into, and he’s still good. I don’t have to go into too much detail outside of that. This shit is pure heat and one of my favorite Hip-Hop songs this year.

14. Come & Get Me
Featuring Sheek Louch and S.I.; Produced by Neenyo
From track to verses, this is probably the grimiest song on the album. Sheek & Jada keep it dark and murky on this one, but alas, the hook is TERRIBLE. I’d rather there was no hook, just music. The song is otherwise, dope as hell. It doesn’t fit the album at all though.

15. By My Side
Featuring Ne-Yo; Produced by Eric Hudson
You can try and deny this track if you want, but some radio friendly/ready tracks are actually good, and this is one of them. Ne-Yo & Jadakiss are at their best on this offering. I really dig this one and can see some real commercial appeal for this song as well.

16. Letter To B.I.G.
Featuring Faith Evans; Produced by Needlz
We’ve all heard this song, no need to go into detail. This is another solid song from Jada.

17. Something Else (remix)
Featuring Young Jeezy, Snype Life, Bully, AP, Boo Rossini, & Blood Raw; Produced by Don Cannon
I thought when you do a remix, there should be something different. There are a lot of rappers I don’t know and that are, at sometimes, indistinguishable. It’s essentially the original with a few more bars. This could have been left off the album.

18. Death Wish
Featuring Lil’ Wayne; Produced by Alchemist
Another darker, grittier track for the album, this one is produced by Alchemist. I’m not in love with it, but it’s not bad, just not my thing. You know how Jada does, but Weezy…I don’t have a CLUE what he was talking about on this one. I’ve always said that 90% of Wayne’s appeal is his delivery. As far as I can tell on this one, he proved me right…he didn’t say anything, but it sounded like he was.

Bottom Line:
The main criticism about Jada is his ability to make an album. This is a business, so as much as we’d like to see him get a grip of Premier tracks and sit down and go at it, he has to sell music to eat, and the majority of us that want to hear that kind of album, don’t buy albums. So, you get some radio songs, the required song to the ladies, the cameos, etc. My issue with this is that some of these cameos are useless or could be greatly improved. Lyrically, he stands his ground. Like he said, “I’m an impeccable lyricist, and with the right mechanics, I can take over, be clear of this.” Well, the mechanics on this one stop it short of its greatness. A closer eye to selection and sequence and we’d be looking at a classic.

Some reader is going to say “You said it would be classic, but you only gave it a 4.” More specifically, he could easily cut 5 songs, change some of the cameos, etc. That amount of work a 4.5 doesn’t make. He has some solid material here, damn good even, but there are some modifications that need to be made to get to a 5.