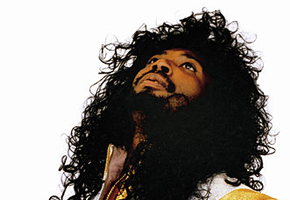 The man that was known to the world as Ol’ Dirty Bastard or ODB, Osirus, Dirt McGirt, Big Baby Jesus, Freeloading Rusty, or simply Russell Jones was one of Hip-Hop’s eccentric acts. His rhyming pattern was a half rap/half sung, or as he would put it “Drunken Style” taken from Jackie Chan’s Drunken Master (the original). Some of ODB’s antics will forever be stained in this Hip-Hopper’s head. Take for instance the time he crashed the Grammy’s (Wu-Tang is for the children!), what about the time he was on camera spending Food Stamps eventhough he had a record deal. We can’t forget the time he showed up at a Wu concert during a time when he was supposed to be locked up! Some of his antics weren’t antics at all, he once witnessed an accident while in the studio and rescued a 4 year old from the burning car. Things like that are the reason why Hip-Hop LOVED Ol’ Dirty so much. When you think of Ol’ Dirty, you think of his hit song “Brooklyn Zoo”. The two go hand in hand. Let’s take time to remember ODB and enjoy this installment of Song of the Week!