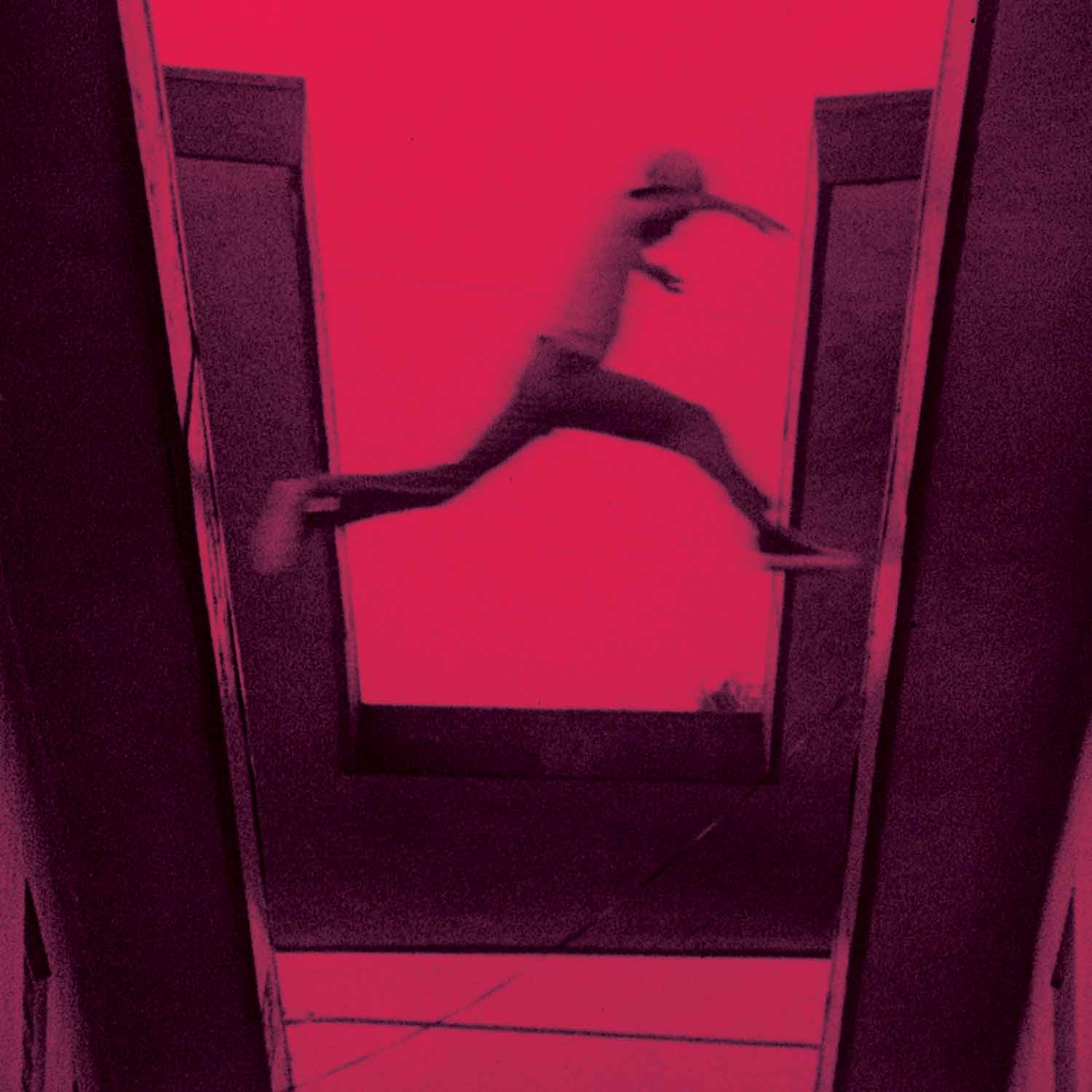 I know that the review of Mos Def’s The Ecstatic album has been one that people have been looking for since Tuesday when it was released and I am happy to deliver it in its entirety. I apologize for three day delay in delivering this review but that’s what happens when you’re in school and you have to pay more attention to these things in life called “priorities”, but I thank those that have been patient in waiting on this review to arrive (the impatient ones…I’ll save those thoughts and words for another time). With The Ecstatic being Mos Def’s fourth solo album to date and three years since his last release (True Magic), people are wondering what to expect from The Mighty Mos. Will he return back to his true emcee form seen on early career works like Black Star and Black On Both Sides or continue with the experimental path he has been traveling as of late.

1. Supermagic
Produced by Oh No
Right off the back we can see that Mos is sticking with this more experimental side in starting off the album. Oh No provides Mos with a fast paced lead guitar filled beat that allows him to spit some rapid-fire lines. A lot of people were skeptical as to whether Mos was losing his edge and skills as a lyrical emcee but this track reassures that Mos is still an emcee to be reckoned with on the mic.

2. Twilite Speedball
Produced by Chad Hugo
Mos slows things down a bit on this next track but the intensity is still there with production provided by The Neptunes’ lesser-seen half Chad Hugo. Chad keeps the production diverse and ever changing on this track that Mos is able to ride without a problem.

3. Auditorium
Featuring Slick Rick; Produced by Madlib
This track has been on repeat since I first heard it and it’s with good reason. Madlib, one of the most diverse and creative producers of all-time, produces a beat of Middle Eastern flavor that flows smoothly and complements the verses of Mos Def and Slick Rick quite well. Wait…did I just say Slick Rick was featured on this track? Slick Rick “The Ruler”?? Hell yeah, the one and only appears on the track and shows why he’s still one of the best storytellers in Hip-Hop history with a verse that maybe upstages Mos Def’s. All in all this is one of the best tracks on the album so far and hopefully there are more of this caliber to come.

4. Wahid
Produced by Madlib
Madlib provides Mos with another beat on this next track as he delivers some good rhymes over the string filled production. There’s nothing too spectacular about this track as it just features a lyrical Mos Def over some nice Madlib production, kind of serving as an interlude of sort with the short track length.

5. Priority
Produced by Preservation
Again this track kind of feels like an interlude because of its short length but as opposed to the previous track I would have liked to hear more of this one. Preservation delivers a well-produced beat with piano and horns that Mos Def destroys lyrically. This track had all of the necessary aspects to be one of the best on the album but the short track length snubs that (it’s still one of the better tracks though).

6. Quiet Dog Bite Hard
Produced by Preservation
This song was recently performed live by Mos on the Late Show With David Letterman and I can see why he selected this song to perform. Preservation returns for another track to provide Mos with a tribal feel beat that he fits comfortably with. This song has the sound and feel of something that might have been heard on The Roots latest album Rising Down and I could have really heard Black Thought spittin’ some lines on this one.

7. Life In Marvelous Times
Produced by Mr. Flash
Mos attempts to bring out his rougher side on this track over some dark, dramatic, and synth filled production produced by Mr. Flash. Mos delivers some nice rhymes and adequate singing on this track but it almost sounds like a reach at times over the near mainstream sounding beat. This isn’t a bad track by any means but more of an acquired taste that is sure to grow on the listener after a few plays.

8. The Embassy
Produced by Mr. Flash
In similar fashion to the “Auditorium” heard earlier in the album, Mr. Flash provides Mos with some Middle Eastern styled production as he tells about his journey and travel in the land. This is another track that I wish was longer in length as it’s over when you start getting into it.

9. No Hay Nada Mas
Produced by Preservation
Mos hooks up again with Preservation for a track of foreign appeal if you may that features Mos showcasing his fluent foreign language over some lush production that is supplied. I wish I could have understood what Mos was saying but nonetheless this is a very nice track from start to finish.

10. Pistola
Produced by Oh No
Mos teams up again with Oh No on another fast tempo track that features some jazz styled production with Mos showcasing both his rhyming and singing to positive results.

11. Pretty Dancer
Produced by Madlib
The connection with Mos Def and Madlib on tracks are pure chemistry as they both complement each other quite nicely. Madlib produces a very nice beat that erratic in style while Mos keeps the listener in a lyrical daze on the microphone.

12. Workers Comp
Produced by Mr. Flash
On this track Mr. Flash once again provides Mos with some lush sampled production that allows him to display his lyrical prowess on. Like “Wahid” there’s nothing too spectacular about this track, just good music provided to the listener.

13. Revelations
Produced by Madlib
Like I said before, this combination of Mos Def and Madlib just doesn’t disappoint as evident on this track that stands as their fourth collaboration on this album. Madlib produces an ethnic sounding pulsating beat that Mos completely flows on effortlessly. This song could have had MF Doom on it for the ultimate satisfaction as it sounds like something you might have heard on the Madvillainy album.

15. History
Featuring Talib Kweli; Produced by J Dilla
This is the first song that I heard from the album before it was released and just like I loved it then I still do now. Those looking for the reunion of Black Star and complaining that there wasn’t any on this album can rest assured with this track as it provides what they’ve been looking for. Over a lovely produced beat by the great J Dilla (even after death he’s still better than most producers with production), Mos and Talib hook up to drop lyrical bombs not heard since 1998. This track stands as one of the best on the album that you will not be hesitant to hit the repeat button after the first listen.

16. Casa Bey
Produced by Mos Def & Preservation
I remember when I first saw the video for this song online and not really liking it too much and thinking if Mos Def’s new album was going to be worth it. But over time this song has grown on me and it most definitely is an acquired taste. Mos displays some very nice lyricism over very live production that suites the taste. This is a song that I could see Mos performing live to perfection with a band like The Roots.

BOTTOM LINE:
So after 16 tracks does the final product result in Black Star, Black On Both Sides, The New Danger, or True Magic? Ultimately I think The Ecstatic combines the elements of all of those albums into one complete album that satisfies the different tastes of all Mos Def fans and listeners. There aren’t really any bad tracks to be found on this album and like I said much throughout the review this album is going to be an acquired tastes for many. Many Mos Def listeners and Hip-Hop enthusiasts are going to listen to this album expecting to hear Mos go back to the styling of Black Star and Black On Both Sides. Even though the production might not be as soulful as those albums were, Mos Def is still lyrically as strong now as he was then. That aspect of Mos Def has not changed or dwindled over time, as he’s still one of the most lyrical emcees in the game. This album showcases production wise that Mos isn’t scared to experiment and be different than the stale and monotonous production that has become standard with most Hip-Hop albums.

I think this is one of Mos Def’s best solo albums to date and ranks right up there with his strongest one in Black On Both Sides. People can stop asking what happened to Mos Def and thinking he crazy because he’s challenging the likes of Jay-Z, Kanye West, and Lil’ Wayne in terms of lyricism. This album proves that he has every right to be challenging and questioning Hip-Hop’s best emcees because deserving so he is and has been one of Hip-Hop’s elite for a long time now (people just have a hard time acknowledging that fact). If you haven’t already picked up a copy of this album get your ass to the store or online right now and do so real quick! Like this review, The Ecstatic was worth the wait and delivers in the end.