Drake Didn’t Have A Choice 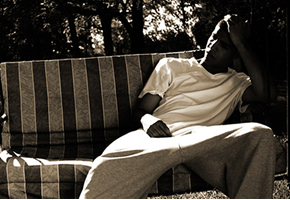 Come on let’s be real people…we all knew that Drake was going to sign to Young Money. He HAD to. Not because of Baby (I’ll get to that later) he couldn’t turn his back on his core audience. Think of the fallout if Drake didn’t sign with Wayne. Drake would lose the co-sign of Weezy, and that could have cost Drizzy about a million fans. Wayne is the voice of the new generation, and love it or hate it, what he says goes. Jay used to be that guy that set trends, but his style doesn’t appeal to the 25 and under crowd…it attacks it. He doesn’t garner that same respect to that crowd than he does in the older circles. To the youth, Weezy is what Jay is/was to us. Seeing that Weezy is that guy now, Drake has Weezy’s fanbase at his disposal. Then throw in all the people who are just getting on to him, this guy may do something like his Boss did…go platinum in a week. In the end Drake turned down A LOT of offers from other labels and he turned down the screams from some to go the indie route. It came down to distribution and a loyal fanbase…all of that he already had at Young Money/Cash Money. I mentioned earlier about the intimidation tactics of the Birdman, I think it was kind of ironic that Drake has a “torn” ACL and signed with Cash Money all in the same week. I’m not saying…but I’m saying! *wink* (PAUSE)