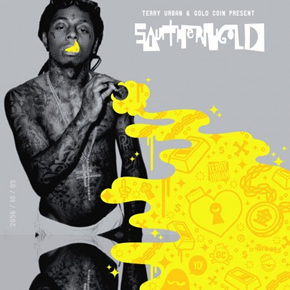 I see mixtape posts up in abundance around the Fro; so I feel the need to get a little leftfield with my pick. I like originality and the unexpected, so naturally, I’m drawn to this release here. Entitled Southerngold, we are introduced to mashes of popular Southern rap songs with the hypnotic sounds of Santigold. The critically-acclaimed Brooklyn native was sampled for “Brooklyn Go Hard” and her Santogold album is a wonderfully abstract piece of work. Hearing it mashed with favorites like “Nann Nigga”, “Hustlin’”, “Still Tippin”, and more not only create wildly original sound; but mash up North and South so they meet somewhere in outer space.

Mixtapes like these always interest me too because you’re exposed to auditory you wouldn’t normally get, but are eased in because it’s JUST familiar enough. Ready to take that chance?

Proper credit is to be given to Illroots.com (wonderful site that features the works of Terry Urban and Mick Boogie often, two producers definitely worth a shout) and Gold Coin Clothing for sponsoring the release. I’m proud to bring this to the attention of nappyafro readers and downloaders and if you’re looking for something space age [one of them there 8-Ball phrases] this will definitely fit the bill. Expand your horizons eh?