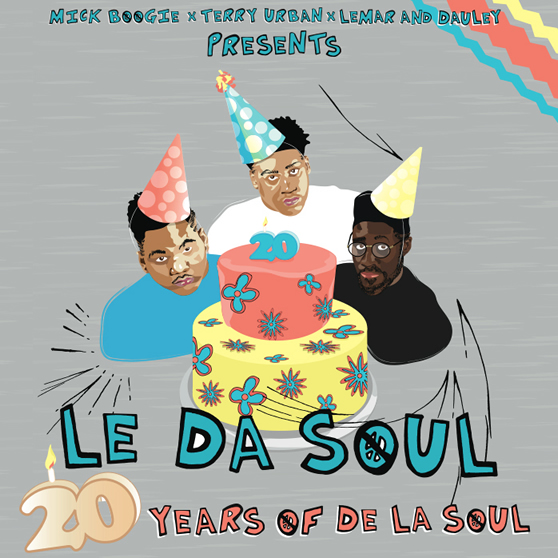 The first album I ever purchased with my own money was De La Soul’s 3 Feet High And Rising. It seems almost crazy that it was 20 years ago (Hold up, did I just age myself?) but ever since “Me Myself And I”, I’ve been a fan of the trio from Long Island. So when I saw that Mick Boogie & Terry Urban made a tribute mixtape to De La Soul, Le Da Soul: 20 Years Of De La Soul, you know I was all for it. It features a 20 remakes (One for every year of De La Soul’s history) by numerous artists and producers such as Phife, Camp Lo, Skillz, Talib Kweli, Kardinal Offishall, U-N-I, Tanya Morgan, Tabi Bonney. And seeing that Mick Booge and Terry Urban most of time do the damn thing with their mixtapes, this should be good (They better not fuck up “Stakes Is High” though). Tracklist and download below. 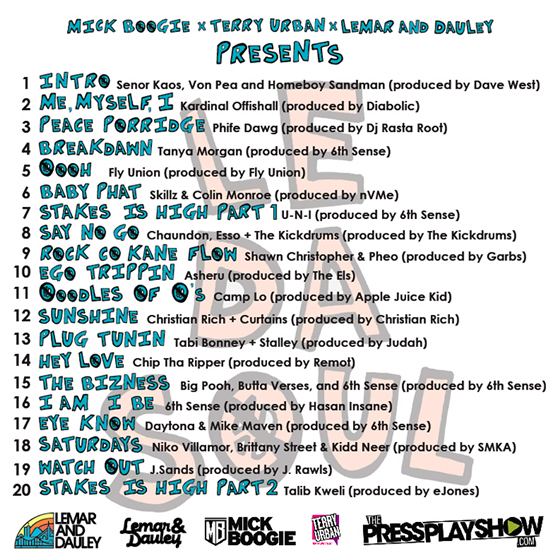