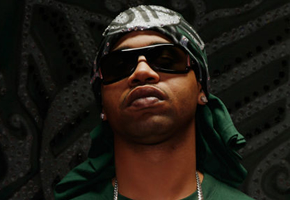 This song comes off of Juvenile‘s classic album 400 Degreez released all the way back in 1998. Master P and his No Limit army had the Hip-Hop world on lock and most people were looking for something new and fresh. The only people making noise in the N.O. donned a gold/platinum tank. Enter Baby, Mannie Fresh, the Hot Boys, and Cash Money Records. The South’s landscape would never be the same after that. Not only did Cash Money give us a different side of New Orleans, they also gave us some good music to “boot” (pun intended). This album also introduced the world to one of the best producers (Mannie Fresh) the greatest rapper alive (Lil’ Wayne) and the most stuntastic nigga ever (Baby). Everyone know CMR’s story, and everyone knows that the best song on 400 Degreez is track 12. I was listening to this song last night when it came to me that I have never did a Juvie song for SOTW. It’s a oldie, but goodie, so thank your uncle King Jerm for lacing you guys with another eargasm. As always, please enjoy this installment of Song of the Week!