Poll Question: Are You BUYING A Copy Of So Far Gone? 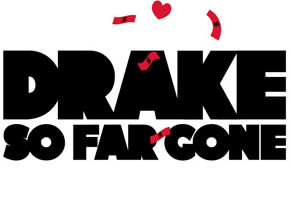 Yep, you read it right. Seeing that Drake’s official debut, Thank Me Later, will probably be coming sometime in early 2010, it looks like the his first taste of retail with be on September 15th in the form of So Far Gone. Well, a different version at least. The version that will be hitting the shelves (Real and virtual) will only contain seven songs (Down from the original 17+ 1 bonus track). According to the album art leaked by Rap-Up.com (Which you can see here), it will only include:

So no “November 18th”, “Brand New”, “A Night Off”, or “Sooner Than Later”? I see they threw in a Jeezy less version of “Goin’ In”, but still. Add this in with the “Best I Ever Had” video, messing up his leg on stage, plus that shit Bossip put out about the gay rumors and it makes you wonder if Drake can even make it to his official album release. And shouldn’t his label be putting money behind his new upcoming album instead of a mixtape that was released in February…for free?

Okay, back to the original question: