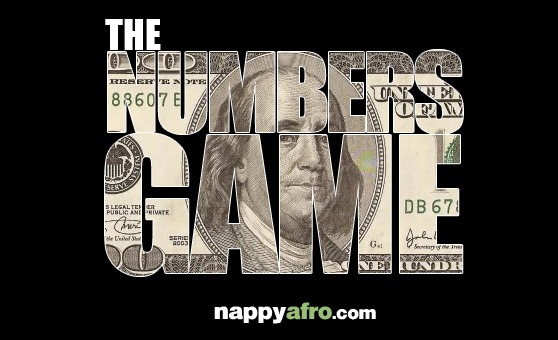 Let me ask you a question: When you first saw Being Bobby Brown, did you ever think Whitney Houston would top the charts again? I know I didn’t. Well, looks like a lot people were wrong because Whitney is back at #1 with her new albumI Look To You. But that’s not to say that this is a triumphant return. Eminem’s Relapse did about double that and we’re talking about Whitney [email protected] Houston here. This lady is the top-selling R&B female artist of the last century. I guess times change. I haven’t even listened to her album so…

Up next on the charts is the homie Trey Songz with his third album Ready. It debuts at #3 and moves around 130,000 units . Now in this instance, I think this is a win for Trigga Trey. Being that he has never sold over 450,000 with any of his previous efforts, this may be the one that takes him to the next level. Plus he got to put “Successful” (Minus the “hoes”) on his album before Drizzy. Who called it?

I just mentioned Insane Clown Posse on here because thy used to beef with Eminem and I kinda liked it when they used to wrestle on WCW with Vampiro. Their new album Bang! Pow! Boom! lands at #4. Moving on…

Mr. 305, Pitbull, released his 4th album Rebelution. Why didn’t review it? Well, we outsourced the review to the our old homie Pitbull (Not the rapper, Ironic right?). Needless to say, we haven’t heard anything about that review since last week. Go to the forums and curse him out! Naw, we still got love for you Pitbull (Not the rapper. Whoa this is getting confusing). Pitbull (The rapper) comes in at #8 and pushes around 40,000 units.

The Poppa of the State Property, Beanie Sigel, returns to the charts at #77 with his new on The Broad Street Bully. I mean, that’s not very good but not too bad considering that the album barely had any promotion. I hope his next album gets a more proper treatment. We DID review this one. Check out Saule Wright’s excellent write up here.

Last but definitely not least is Mayer Hawthorne‘s A Strange Arrangement at #160 with 3,000 in album sales. Being that nappyafro is a Hip-Hop website, I’m really happy I can still give Mayer Hawthorne props here for crafting a dope album. It’s laid back and I basically been bumping this album hard since last week. If you can get a hold of A Strange Arrangement, please do. You’ll be pleasantly surprised.

Note: So, did any albums come out this week? I don’t think we have anything for next week? (I don’t think I can translate sarcasm in writing as well as in person. I’m real good at it.). But seriously, I hope you all went and supported both Jay-Z’s new album as well as Raekwon’s new one. After all is said and done, both projects turned out to be pretty good. If a broke nigga like me can buy some albums, I know most of you can. Hip-Hop.