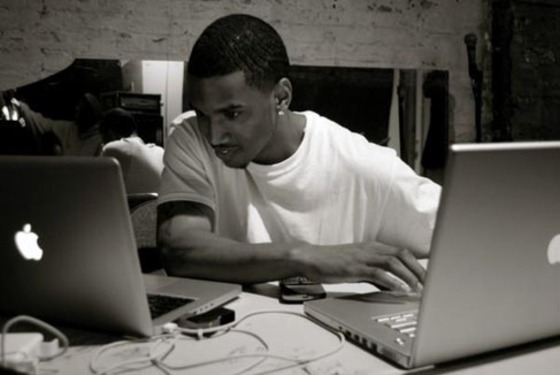 Yeah. You read it right; I’m doing an iPod Hustle on Trey Songz. What’s weird is at one time I viewed him as a third-rate R&B’er. Not to say that I’m a huge fan or anything; I usually don’t listen to many male singers (You noticed I didn’t put up a shirtless pic of Treyor anything. Pause.). But I am noticing that Trey’s feature portfolio is getting strong (Plus you gotta give the kid props for going at the Pied Piper). He seems to be on speed dial for a lot of rappers when it comes to getting someone to sing a chorus; especially if they want a more hood R&B sound. As with my other non-rapper featured iPod Hustles (Norah Jones & Jazmine Sullivan), this will be some of Trigga Trey’s best Rap cameos. If this is not enough, you can always pick up his latest mixtape, Anticipation, here. His third album Ready drops on September 1st.

Fabolous feat. Trey Songz – “Last Time (Gotta Go)”
Album: Fabolous – Loso’s Way [2009]/Producer: Jermaine Durpi
Man, as much I gripe about Fabolous expanding more from his usual “for the ladies” tracks, it turns out that my favorite song from his new album is one. Actually, Fab does kinda go a different route if you actually listen to the lyrics. The infectious beat mixed with Trey delivering a great hook takes this one over the top: “This is the last time/(I know I’m bout to drive you crazy)/Last time/(But I gotta see my baby)…”

Ace Hood feat. Trey Songz – “Ride”
Album: Ace Hood – Gutta [2008]/Producer: The Inkredibles & Ke’Noe
The second single off Ace’s first album Gutta has Songz riding shotgun. Even though it your standard “I need a ride or die chick” song, Trey’s hook stands out and is basically all you remember from the track (At least for me): “Even though I’m in the streets/You know exactly what I do/When I chase this paper/You ain’t gotta wait for me to bring it back home to you…”

Drake feat. Trey Songz – “Successful”
Mixtape: Drake – So Far Gone [2009]/Producer: Noah “40” Shebib
I know you’ve heard this one a million times already. The only reason this is up here is because I honestly think this gave Trey a big boost in his career. Think about it: None of Trey Songz’s previous albums (Or songs for that matter) have big huge successes or even went Gold. But now Trey is doing songs (And shows) with the hottest rapper out…on the album that is his coming out party (So Far Gone). But then again I guess will see the result when his new album comes out. “I want the money/Money and the cars/Cars and the clothes/The hoes/I suppose…”