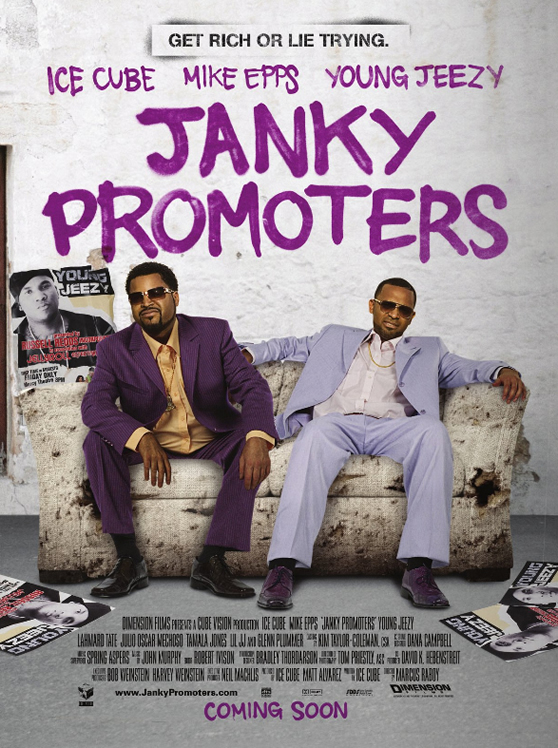 I usually don’t post movies in Friday Night ‘Fro that I don’t think are good. But seeing that Janky Promoters (Or The Janky Promoters as it says in the opening credits) is based off the shady show promoters in the Hip-Hop and the music business in general, why the hell not? Plus it has Young Jeezy in the movie playing himself.

Janky Promoters is easily the worst Ice Cube movie and you can quickly see why it didn’t make it to the movie theaters (Mike Epps isn’t at his best here either). Not to say there isn’t any funny parts…just not that many. The cast is the usual suspects (Darris Love, Tamala Jones, Glenn Plummer, Lil’ JJ, etc.). One person told me that it’s best to watch this movie while high to up the comedy. since I don’t smoke, I guess I’m outta luck.

Check out “Modesto’s Finest” and tell us what you think.

Sidenote: I would have uploaded a better quality version of this film but your boy B-Easy got the flu. I’m in a NyQuil fog right now (No Lil’ Wayne though).