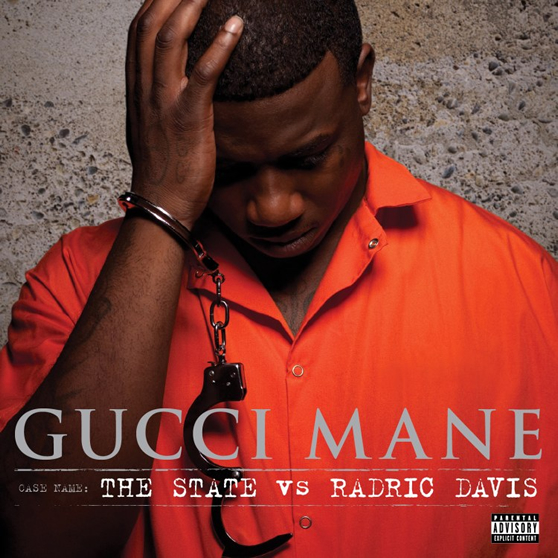 Gucci Mane has definitely carved his own lane in Hip-Hop. He took his street heavy image and somehow made songs with The Black Eye Peas, Mariah Carey, and Mario but STAYED HOOD the whole time while doing it. Not too many rappers can tip toe the line between streets and mainstream like that, but Gucci has done it. Now that he is signed to a major label (Warner Bros.) this could be a breakout moment for Gucci and his crew. Let’s see if he can perform under all of the pressure.

Classical (Intro)
Produced by Drumma Boy
Gucci comes out the gate with some of his best lyrics to date. You just can’t understand what he’s saying sometime. I know he said something about they don’t listen to Blueprint 3 and you not gone fuck him like Raz B. FUNNY. The beat isn’t one that I would expect Gooch to rap on, but he did it. GOOD START.

Interlude #1: Toilet Bowl Shawty/Mike Epps
Okay, I laughed at this.

Heavy
Produced by Shawty Redd
This is your typical Gucci song that all of his fans have grown to love. I don’t know what more you can ask for from Gucci…this is what he does. HOT.

Stupid Wild
Featuring Lil’ Wayne & Cam’ron; Produced by Bangladesh
I have to say the beat on this one is FIRE! Once again Gucci is “doing him” on the track, the highlight on the track is Weezy; he might be at the top of his game right now. Cam makes an appearance and I have to say that Gucci and Cam is the same person, just from two different places.

All About The Money
Featuring Rick Ross; Produced by Drumma Boy
Rick Ross and Gucci on the same track? I’m in HEAVEN! I have to applaud Gucci for holding his own against the Boss, but Ross out shined him on the track. So far so good for Gucci.

Lemonade
Produced by Bangladesh
I was wondering what this song could be about, but Gucci lets you know quickly. I can’t front…I like this song. The beat is DOPE, Gucci’s flow fits right in with it, and the hook is catchy. This will is be a HOOD HIT.

Bingo
Featuring Soulja Boy Tell Em’ & Waka Flocka Flame; Produced by Scott Storch
Gucci isn’t being frugal with the production on this album is he? My boy Soulja Boy makes an appearance along with Waka Flocka on this one. First thing I notice is that Beezy is dropping lines on this one. I got to give it to him on this one, “the tools on deck, I ain’t talking Home Depot” and the “haters want to hate they’ll get shot like a free throw” showed me something. BANGER!

Spotlight
Featuring Usher; Produced by Polow Da Don
I know this is an ATL thing, but I really don’t want to hear Gucci make songs like this. I know he has to, but this is taking it too far. NO HOMO, I just don’t see Gucci as a sex symbol. SKIP!

I Think I’m In Love
Featuring Jason Caesar; Produced by Zaytoven
Okay, I guess the album has taken a turn towards the females. This is not how I wanted to hear Zaytoven’s first beat. I can’t really rock with this one.

Bad Bad Bad
Featuring Keyshia Cole; Produced by FATBOI
Okay, I didn’t like the previous two songs, but this song is a HOOD COLLAB. I have to say that FATBOI is on his way, he is quickly becoming one of my favorite producers. My girl Keyshia did her usual, but the production won me over on this one.

Sex In Crazy Places
Featuring Bobby Valentino, Nicki Minaj, & Trina; Produced by FATBOI
Nicki Minaj is clearly staking her claim as the top female emcee in the game. She comes through and sets this one off right. I have to say again that FATBOI puts together a nice beat, and everyone worked together well on the track. GOOD SONG.

The Movie
Produced by Jazze Pha
I usually don’t like Jazze Pha, but he gave Gucci a pretty good beat to rock with. Gucci gets on the track and do what he usually does, DO HIM. Gucci sticks to the script and goes with what he knows.

Volume
Featuring Wooh da Kid: Produced by J.U.S.T.I.C.E. League
Like I said earlier, he spared no expense on the production for his “sophomore” album. This sounds like something that would be on one of his mixtapes, and this is the Gucci that I like hearing. On the Gucci Scale…this song is FIRE!

Gingerbread Man
Featuring OJ Da Juiceman; Produced by Mannie Fresh
This doesn’t sound like your typical Mannie Fresh beat, but that’s a good thing. Gucci rips this one before the most annoying rapper in the game comes in. Gingerbread Man? Really? Take out OJ’s verse and this song is DOPE.

Wasted
Featuring Plies; Produced by FATBOI
This might be the song that catapulted Gucci into “White America”. This song is played at ALL clubs. FATBOI delivers another banger, and the boys have a CLUB ANTHEM on their hands. BANGER!

Worst Enemy
Produced by Drumma Boy
This is Gucci’s third single and Gucci gets kind of personal on the track. Gucci is never going to WOW you with lyrics; he just takes the beats and raps along to them.

Bottom Line:
Gucci delivered under the pressure. This album isn’t going to win Album of the Year awards, but this one is a SOLID release for Gucci Mane. He had top notch production from some of the best in the game. He had A List features. Like I said earlier, no expense was spared on this album. After beating up the mixtape market up over the last year or so, people wondered if he could do it on an album. HE DID. Whether or not you like Gucci’s music; you have to give this album its due. Gucci stayed HOOD, but also made songs that could be considered mainstream. If he didn’t show growth from first album to second album, I don’t know what you can call it.