Young Money Is An Army… 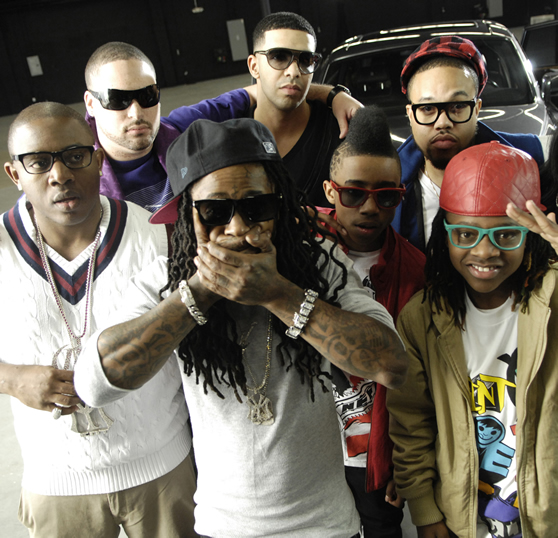 I say “may” because so far they only have three artist on the roster who looks promising (Weezy, Minaj, & Drizzy). At this point, I’m not looking forward to a T-Streets or Lil’ Chuckee or Gudda Gudda or Lil’ Twist album (I already reviewed a Tyga album and I don’t want another one of those either).

Then again, history shows that’s not really a terrible thing. They do have more than one main attraction and possibly two of the biggest stars in Hip-Hop just like Death Row did in their heyday (Wayne & Drake = Dr. Dre & Snoop.).

They also have a enigmatic leader in Weezy. Who also made sure their catch phrase was imprinted in your brain even before you knew exactly what it was (“Young Mulah baby!”).

I’m not gonna even get into the Drake factor and how he has a chance to be bigger than the Lil’ Wayne… that’s happens with prominent crews.

Talent does come into play here but if you remember about Hip-Hop crews/labels, sometimes the whole team does’t have to be close to the best or even really interesting to get some attention (ex. RBX or Memphis Bleek or the dudes in State Property you really can’t name). When you get a strong crew together, you really don’t expect every member to blow you away (Remember the 100+ “Solider” songs from No Limit?).

So now is the waiting game to see what becomes of Young Money. It’s been a while since we had another Roc-A-Fella or No Limit like crew in Hip-Hop. The crew’s debut album, We Are Young Money drops on Dec. 21st.

Birdman has a big chance to be eating better with Young Money that he did with the Hot Boys (Think about it).