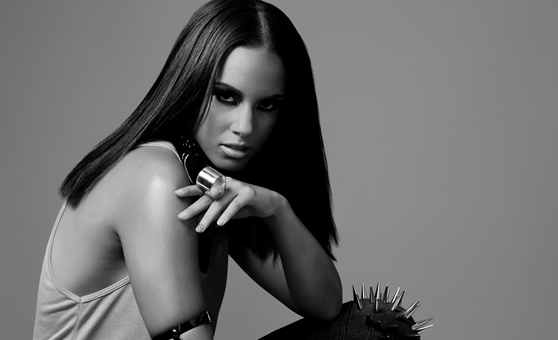 It’s been said before and I’ll say it again, good music and talent can still sell records. And I think Alicia Keys proves that. No extra shit. Just the music and the talent. The Element Of Freedom may have just missed the #1 spot (Susan Boyle is not playing), but Alicia’s 4th album sold over 400,000 units in the first week. Need some perspective? Add together the first week sales from the latest albums by Rihanna and Chris Brown and you still need over 137,000 to match The Element Of Freedom. Like I said, good music can still sell (Plus “Un-Thinkable” is my shit!).

Robin Thicke also released his 4th album this week Sex Therapy and came in at #9. I actually listened to this album in it’s entirety and unlike other albums, this one has more Hip-Hop/Rap feel to it (Jay-Z, Snoop, Nicki Minaj, Kid Cudi, & Game all make apperances). This is also Rob’s first album with a Parental Advisory warning label. I liked this album the least of all the previous but I applaud him for trying something new different. Good to see him sell 123,000 albums too.

Other thoughts:
*Looks like Rihanna’s Rated R may still go Gold or better.
*Gucci fell hard in his 2nd week.
*The King Of Pop can not be stopped.
*Black Eyed Peas can sell records.