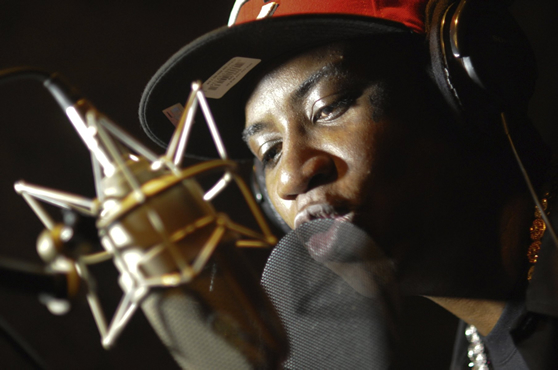 This week we had five Hip-Hop albums debut and (surprisingly) we reviewed all of them. It’s also a week of answered questions like: “Will the fans forgive Chris Brown and support his new album?” or “Will Gucci’s mixtape success transfer to commercial sales?”. I’m not sure if these question where actually answered this week, but we can looked at the sale figures anyway…

Chris Brown finally made his return to the shelves with his 3rd album Graffiti and lands at #7. And at least 100,000 fans showed support for Chris. That’s not to say that he couldn’t have sold more: Brown himself said he couldn’t even find his cd’s at Wal-Mart himself. Personally, he may have needed more time for the fans to love him again (He did punch Rihanna this year right?). Also, don’t feel so entitled youngster. I also barely listened to this album.

Even behind bars, the show went on and Gucci Mane released his highly anticipated The State Vs. Roderick Davis. Now, we have a few ways to look at this album as success or not (Commercially). He sold 90,000 and made it to the Top 10. King Jerm told me it was a win; “He conned that many people into not going to the internet or barbershop bootleg man and buying his album”. Our homeboys over at The Carter Cartel asked “Where the fans at?”. I don’t like Gucci’s music so it really doesn’t matter to me (*Stares at V-G*)

The Doggfather Snoop Dogg‘s Malice In Wonderland lands at a semi-respectable #23. I’ll second what Saule said in his review. I still respect Snoop though.

Clipse return to the charts after three years with Til The Casket Drop. I finally got to listen to the album in it’s entirety and I’ll go out on a limb and say this album is their most complete (H20 probably put it better though). The Thorton Brothers land at #46 and move over 30,000 albums.

Sidenote: Does anybody else see what Michael Jackson is doing. Still killing ’em.

Now for the numbers…