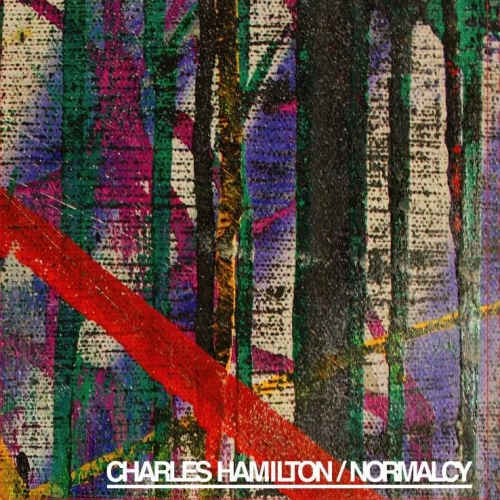 Just in case you don’t trust me to DL this.

1. New Music From Charles Hamilton
Blaring horns, it’s an introduction, pretty decent actually. Got me into the mood.

2. Enter The Scope
(Uses the classic “I Will Survive” track in the beginning, but it’s put to decent use as it’s just sets the tone then chopped up for a pretty dope introspective trip.) He drops a really good line here also:

“Sorry I ain’t do the status quo/Sorry I refuse to star in the faggot show/Sorry I aint’ put up other rappers at the show/And sorry family when I have to go, I have to go/And as far as the women shit I brought up/Some bullshit I heard when I was brought up/To avoid avoid confusion stick to the senses/Niggas are niggas and bitches are bitches, thats politically correct.”

3. WorkinInTheLab
This is what I mean by wtf moments. Charles Hamiltons production has a little too much minimalism, a drum beat with some snaps … He’s trying to do a little Slim Shady in his lyrics here; doesn’t work too well. There’s some decent lines in here (Eyebrow raising things). Borderline skip.

4. Coodies
I can dig this track. The hook is weird, but not terrible considering it’s talking about cooties. Though he’s not really saying too much here, the sample (I would like to know), the kicking bass and acoustics serve me quite well here, and I prefer CH production over his “varied” lyricism. I hear a shot at Interscope right here, “I bring cool to the word retarded/Like the Interscope urban market/Hard hit.” That was funny.

5. August Rush
It’s a filler. Not a bad track, just a little average. Ad-libbing is a little annoying at end.

6. Air Agains
Bollywood/Indian sampling here with more bass. Certainly intriguing. “I’m verbally the Jim Crow laws/Because only real niggas will get my dope bars” There’s a Obama(s)/Osama reference that’s weird. The hook isn’t that bad. Once again, the production is varied & works well with him.

7. Loserville
You know these kinds of tracks by Charles Hamilton, he’s got a lot of songs dealing with his self-depreciation. It’s actually not a bad song by any means, Imma listen to this a little more to get the message. Nice beat also, though it’s the same old samples + bass

8. She’s Purrty
Much like the last track, he touches upon women a (whole f’ing) lot, considering he’s had a mixtape called Charles Hamiltons Ex-Girlfriends Worst Nightmare. WHOA, AUTOTUNE AGAIN, but at least it’s not ear-grating as I thought it would be. The production rides it over once again, it’s a little story from Charles about women.

9. Laptop Therapy (Jackie Blue)
“Even when my life in danger, I can always write a banger”
Heard this track took off the album. And damn, this has probably some of the best production I’ve heard from the dude, though it’s a piano sample, tick tick tick thing, vocals, and bass. It’s an interesting subject to touch upon, it’s about what it says, using the laptop to solve problems and a therapy. Listen for this, if anything.

10. Suicides
And we go down a little bit. He had a better track about the same subject, “Frustration And Failed Suicide Attempts” off that Sonic The Hamilton mixtape, with a real game-based production. It’s a filler once again, but it’s not terrible. It’s short, so you can bear it.

11. Baby Says I Want
Back up! The production is very energetic actually and helps the song a lot, trust me. It’s not actually a chick song about loving her, from what I hear it’s about the struggle of this relationship he’s having (Bria: The girl that punched him the face perhaps?) If it’s something like this about Charles venting, then I dont’ mind.

12. See & Say
The tone of the production reminds of me of those lyrical relaxation tracks (Uhh, to explain that, the relaxed feel of “Bo Jackson” featuring Exile by Fashawn) I think he samples “Closer” from Ne-Yo for the guitars along with a sample, nutcracker (I think… it’s actually an instrument) and drums. It’s a good song, gotta listen to this one more though.

Back to that Bollywood feel again. The beginning is funny where he says “I really fucking like my name” as evidenced by the not punny title.

“They say I try too hard to be different/Well bitch, I beg to differ/Tell every hater to head for the zipper/You hate me then you were never a listener,” and “You can’t stop the flow/That’s why I put on the showstopper flow.”

Charles tries to get lyrical with us here once again, with the nice samples, banging kicks of the bass, cowbells and all of that shit.

“Oh they want that true shit/Oh, so I could’ve been the hottest in music/Then I wilded it out, or did I/For some reason, I thought that it was organized/Here we go, more them lies/Hop off the organ that resides between my thighs.”

Damn. Another one is this,

“Fact, my swagger is like a little league batter/Strike out or homerun/There’s still laughter/So whose matter, the pitcher or catcher/Answer, the dad that had to listen to you bastards.”

It’s pretty much the big middle finger to the haters, and people who didn’t think he could rap (Like me.)

Damn. Charles. You guys don’t mind me doing a more fleshed out review of this right

Let’s see I’ve actually been listening to a little of Charles Hamilton lately (Peep “Talent Entrance” with Show Tufli, off My Brain Is Alive, the productions dope as fuck can’t lie)

On a side note, the album artwork is pretty cool, better than most of the covers he’s thought up off (Example, This Perfect Life, one of the ugliest I’ve ever seen) 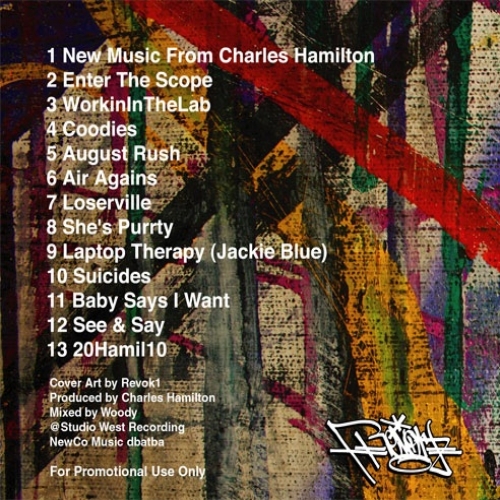 *Originally posted in the nappyafro Forums