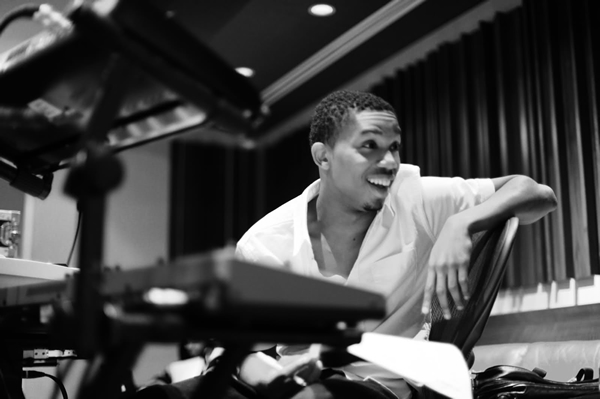 I don’t really know how to begin this except with the following cliche: life is weird. We seriously have no idea the forces at work, why things happen the way they do, or whether or not it’s all worth it in the end. For instance, about four years ago I got up enough courage to email the guys that run this site to ask for a spot on the team. Two years after that, I pressed play on my first Charles Hamilton song. A year after that, he accepted my friend request on Facebook. Six months later, I’m sitting up at 2am in the morning, writing this story.

It’s kind of funny how Charles Hamilton’s name still perks ears up, what, 3 years after he got dropped? Not many other artists have maintained the same internet presence after there career was considered to be over. He still maintains a blog (thelastcharleshamiltonblog.blogspot.com), still releases free music, and still has the same undying love for Dilla, Sonic the Hedgehog, & SEGA. He’s still got a size-able internet fan-base (He says 40,000 people. I’m not sure about that, but it’s larger than you’d think). If he really wanted to–in theory–he could lobby to sign himself to an indie or major. Or even better, sell his new material off his blog and tour. But it’s never been that simple with him.

I was a Charles Hamilton fan, but I was never a perfect Charles Hamilton fan. I liked him for the music, first and foremost. But at the same time, I was forgiving. Most of the times he messed up in his career, it was stupid stuff that could’ve been avoided, but either by dumb luck, a lack of foresight, or maybe both, they had to happen to him.

One night, after a long day of work on a Friday night, I decided I would do what pretty much every college student does to unwind on the weekend: get drunk. It was around 10pm at the time. As it got late nothing was going on, not even on Facebook. I checked Worldstarhiphop (ashamed to say so, but I did) and watched the now infamous Rack City video, which depressed me even further. I was ready to go to bed when I saw a notification. It read: “Charles Hamilton commented on your status.”

He’d never interacted with me on Facebook before, so I was excited. It was in response to my saying I was tired of the lo-fi music, and I was hoping it would get better. His response was that he was done with the industry, and basically could do whatever he wanted now that he was no longer an industry puppet. I did not see that. What I interpreted it as was: “Ya’ll niggas tight cause I won’t master my music? Too bad. It’s free, so you get what you get, and that’s it.”

Needless to say, I went in. I posted about ten times on my own status in a drunken ramble about how he’d changed. Get off the drugs! Master your music! Get back in the studio! And for god’s sake, write about something other than your girlfriends and Dilla. I was barking commands quicker than drill sergeants at my idol for the entire world to see. There were fans sitting there watching all this go on in awe, partly because I was going off Charles Hamilton, but partly because there was nothing I was saying that they completely disagreed with. For a lot of the people watching, I was saying a LOT of the things they’d had complaints about.

That was when CH chatted me on Facebook and asked me for my number. I gave it to him, and he called me on my cell phone.

Most of the conversation I can’t remember, but it was a back and forth argument. He wanted to know why I was going off on him, why I’d lost faith in him, and why I thought I had the grounds to come at his life like that. I couldn’t really give an answer. All I could do was yell back louder.

In retrospect, all I can say about the situation is this: life is weird. I had the chance to finally have a chat with my idol, to tell him how much I supported him and wanted the best for him. I could’ve made a personal plea. Instead, I was too drunk to do any of that and ruined my one chance.

After the weekend hangover, I was at lost of what to do. I asked King Jerm, who recommended that I call him back. I did, and I apologized, but before I could hear his full response, he told me had to go and he would call me back. He never did.

Things were awkward on Facebook after that, and not surprisingly he deleted me as a friend.

I can say right now that I’m no longer a fan of Charles Hamilton, but not because of what happened; it’s honestly because I can’t vibe with his new music anymore. Which is fine; he’s not in the industry anymore, so he’s only making music for himself anyway. Besides, there are still a ton of fans who eat the lo-fi stuff up. When you have fans telling you your latest project is literally the greatest thing they’ve ever heard, it’s hard to stop doing what you’re doing.

I look back on what happened as not his fault or mine. He didn’t call me to yell, to argue, or attack me. He called me because, in his own way, he cared. I mean, not many people who used to be signed would go out of their way to contact a fan, period. At the same time, is it my fault that my idol just happened to decide to call me while I was falling over drunk? None of it could be helped.

Charles Hamilton is an enigma, and not just to the rap game either; I’ve had conversations with people who have met him in real life, and even they can’t totally figure him out. That said, try as I might, I’ll never stop believing. I don’t think I can let go of nearly 1200 songs and two years of memories.

Just because I don’t like the new music doesn’t mean I’ll stop supporting. I guess we all need heroes.