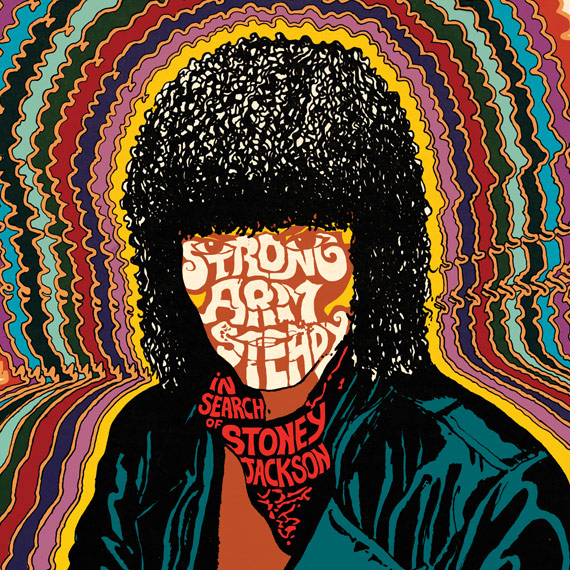 Coming out of California’s underground scene, Strong Arm Steady (SAS) returns with their official second album In Search of Stoney Jackson. This time SAS has producer Madlib behind the boards on all the tracks for Stoney Jackson. What this does is make a cohesive sounding album where all the songs fit with each other. With the abundance of features of the album, Stoney Jackson also sometimes feels as if it’s a Madlib compilation instead of a Strong Arm Steady album.

Tracks like the Phonte featured “Best Of Times”, Talib Kweli on “Get Started”, & the Planet Asia & Fashawn assisted “Questions” are all great tracks but the supporting cast outshines the supposed stars. Another standout track with great features is the posse cut “True Champs” featuring Montage One, Evidence, Oh No, & Roc C. Not to say Strong Arm doesn’t have tracks where they are the main attraction (“Cheeba Cheeba” & “Smile” are the only tracks that doesn’t have features), but even then, the star of the show is Madlib. For my money “Two Pistols” is hands down the best song off the album due to the beat (The beat on “Ambassadors” is worth a listen too).

There are some parts in which the album stalls and seem boring (“Pressure”, “New Love” & and the interludes like “Chants” could probably have been left off) but in all, it’s good ride while looking for Stoney Jackson. The main problem is that I didn’t have a feeling that this album would make first time listeners seek out for more SAS material. The talent is there but on the next album, the search sound be for the spotlight on themselves.