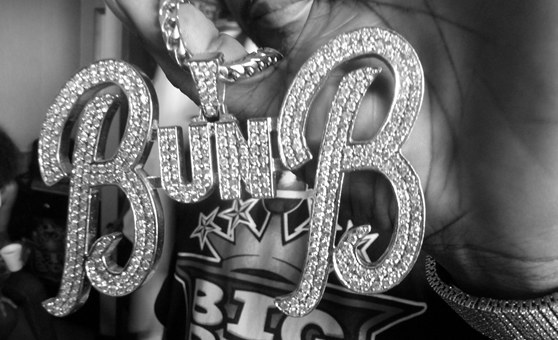 It’s about that time again right? Break out the iPod and get your weight up. Weight meaning songs of course…uh, let’s go.

Download: Bun B – “Champion Freestyle”
Download: Bun B – “Pants On The Ground”
Year: 2010
Sadly even though Bun B has been dropping freestyles at a frantic pace recently, we here at nappyafro didn’t feature one track during this whole “No Mixtape” run. Well, these two tracks are supposedly the last he’s dropping before the actual No Mixtape drops February 1st with the hard copy dropping soon after. As for that “Pants On The Ground” track; I guess somebody had to do it.

Download: The Kickdrums feat. Big Pooh – “Impatient (Slow Down) (remix)”
Year: 2010
To be honest with you, I don’t give Rapper Big Pooh the props he deserves (You should hear some of the debates I have with King Jerm about this), but on this Kickdrums track he does his thing. And seeing as Little Brother is done after Leftback drops this year, he needs to step his game up as a permanent solo artist. This track is a remix of the one that appeared on More Than A Game soundtrack (It also came out a week or so ago but I just got around to it).

Download: Sean Price – “Figure Four”
Year: 2009
Hey, a guy outta Georgia can be a Sean Price fan right? I actually caught on sorta late (Right after Monkey Barz dropped) but it’s tracks like this that show how straight forward and nice Price is: “Ah, where was I?/Oh yes/Shawn Carter is nice but Sean Price is the best/Sean gone/No Sean Don/Sean is a don I don’t wear Sean John”. He released this track last year but the the video just recently came out (If it’s not on the sidebar anymore go here).