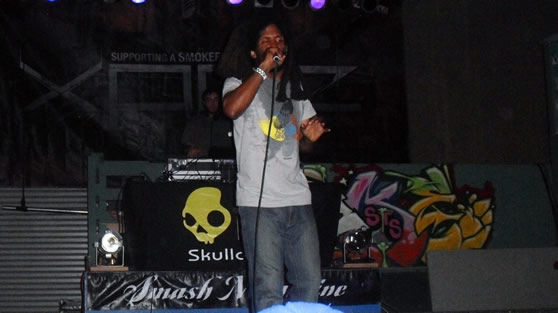 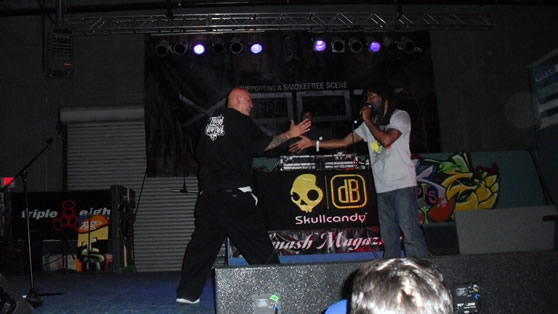 Opening Acts: Outside Looking In, Nocando 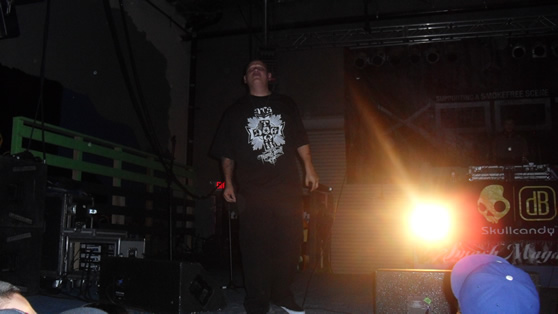 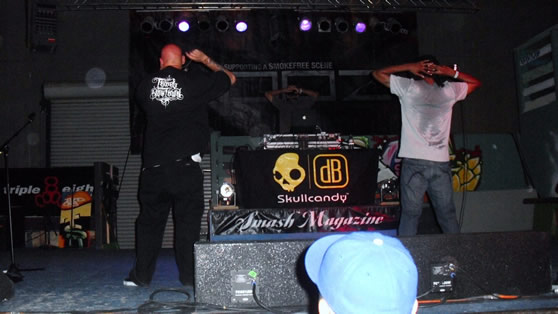 Bottom Line:
Murs & Sick Jacken have been constantly putting on shows since the middle of April. They decided to extend the tour for a few more weeks and added Las Vegas to the calendar. The last minute add-on resulted to having the show at an indoor skate park in North Las Vegas. With little to no advertising, only about 100 people showed up. However, half of the fans were there for Psycho Realm’s Sick Jacken. Jacken put on an amazing show for not being on over 45 minutes. He performed classics from the early Psycho Realm days to his last album Legends Of The Mask & The Assassin (with DJ Muggs). My favorite songs were “Good Times”, “Land Of Shadows”, & “The Sickside”. Murs performed more than half of the songs off his latest Fornever. Many of the people (skaters) weren’t too familiar with his non-popular songs, but Murs still did his best to rock the stage. Murs has non-stop energy and will always give you a laugh by some of the things he says and does. Some of my favorite songs from his set were “Murs The Boss”, “Break Up”, “The Problem Is”, “Yesterday Today”, & “L.A.”.

Bonus (Again): Three must see Hip-Hop shows. Some of these concerts are worth driving a few hours to see.