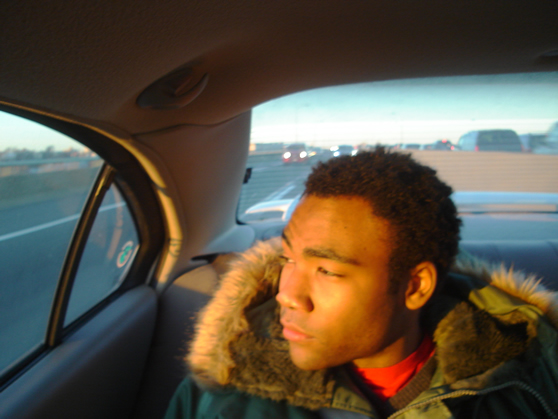 The last time I reference Donald Glover here was when I did a post a last year talking about his sketch comedy group Derrick Comedy and their movie Mystery Team. I already new Glover was a man of many talents:. He’s an award nominated comedy writer (30 Rock). He’s a comedian. He’s an actor (Community). He’s a rapper named Childish Gambino?

Yes. Glover has actually been releasing music since 2008 and up until a few days ago, I only heard one song from by him and that was his rendition of Drake’s “Over”. It may have been because of the bad sound quality of the video, but honestly I wasn’t really impressed. But thanks to modi over a DCtoBC for writing not one, but two great posts about Childish Gambino, I had to give him another listen. After checking out his latest project, Culdesac, I can see the guy has talent.

To me the standout track off Culdesac is “Do Ya Like”. Over a bass heavy chopped sample of Adele’s “Melt My Heart to Stone”, Gambino creates a catchy ass track that features him singing and rapping. The hook here is a winner but references to the #donald4spiderman Twitter movement and lines like “Yes I’m drinking whiskey/Baby I am gone tonight/NBC is not the only thing I’m coming on tonight” are worth giving this track a listen.