Song of the Week: “Go To Sleep” 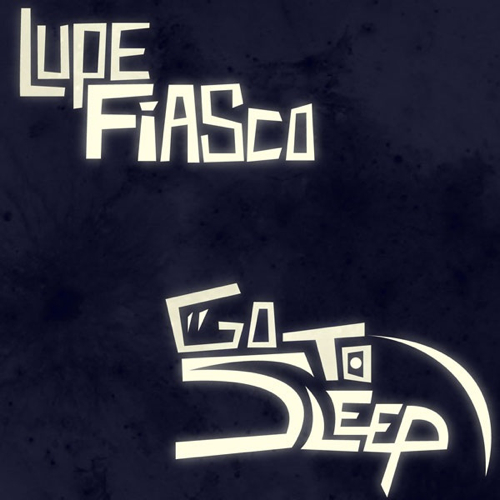 To start off, forgive my absence from the ‘Fro lately, college has once again consumed my life.

It’s good to see some life coming out of Lupe considering Atlantic Records has yet to give Lasers a release date being that the album is already turned in. This song does not disappoint, It’s not an aggressive Lupe, but Lupe does not fail in providing us with great music. It’s really sad that Lupe is in the situation he is in considering he is one of the top 10 current Hip-Hop artists in the game (Imagine if Lupe Fiasco was able to get out of Atlantic and sign to G.O.O.D. Music…#wishfulthinking). The piano keys give it a semi-dark feeling and the light chorus harmonizing in the background adds to it. A simple yet effective and catchy hook does the job flawlessly. In the song Lupe mentions “The Great American Rap Album” which have left many speculating that this is actually off Food & Liquor II: The Great American Rap Album which may be the next project after Lasers.

I’m not going to lie, I’m very shocked that Lupe Fiasco’s new track hasn’t gotten any attention here at nappyafro. Most the times I’ll see of the latest songs on the ‘Fro (on the main page or on the forums, I guess Infamous’ absence has also affected that)…but where is this at? Lets be honest here, the protest and boycott by the NMC (New Music Cartel) crew of Lupe Fiasco may have  something to do with most of us not even knowing this song is out. So of course you know its DJ LP’s duty to step in and present to you Lupe Fiasco’s “Go To Sleep” as I bring you the Song of the Week.