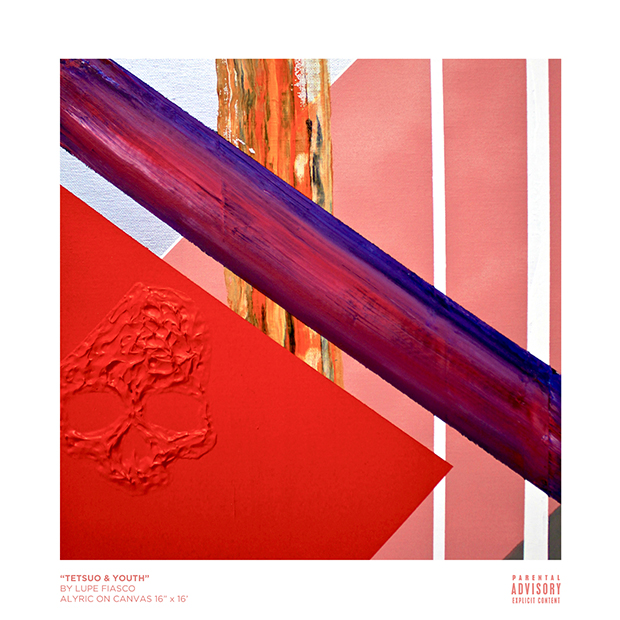 Hey everyone. Sorry this review took so long, but here it is. Tetsuo & Youth (Named after Tetsuo Shima, a main character in the anime film Akira), Lupe Fiasco’s fifth studio album. I have never been a huge Lupe fan, but I wholeheartedly loved his first big feature, when he featured on Kanye’s classic Late Registration album. I then listened to Food & Liquor, which was fucking dope. I listened to The Cool, and while it wasn’t as good as F & L, it was really good too. Then I stopped listening to Lupe for one reason or another. Thankfully (according to others) I didn’t miss much, Lasers was okay and Food & Liquor II was a little better, but still nothing special. Lupe has had a weird path on the way to this album releases, with arguments on Twitter and eventually shutting down his account, people thought Lupe fell off. So this is his rebuttal: Tetsuo & Youth.

1. Summer
This song serves as an intro, you can hear plucking violens in the background along with the sounds of children playing in a swimming pool. This track sets up a theme for this album: Seasons, things change in the course of life, and things change in the course of this album. With 3 other season tracks “Fall”, “Winter”, and “Spring”, in that order. It fits with the album, but by itself it’s not even a song but still a nice intro.

2. Mural
Produced by The Buchanans
Damn Lupe starts the album off with a big boom. This track has a sick banging beat with a neat piano riff and sick verses to match. This song has around 8 minutes of rapping in it, and Lupe uses every second to show us that he’s back. Each verse is better than the last and it doesn’t get boring. He even throws in some nerdy ass references like:

That’s a Star Wars reference, a Mortal Kombat reference, and a Naruto reference in just a few lines. That’s dope to me. But other songs this long or longer (“Sing About Me/I’m Dying Of Thirst” for example) I love, however they can start to drag on around the 7 minute mark, but in Lupes case by the end of this 9 minute song he had me clamoring for more, and I love it.

3. Blur My Hands
Featuring Guy Savage; Produced by S1 & M-Phazes
The beat immediately grabs my attention. It has some sweet drums, piano, and guitar, and these all mesh well with the chorus that is beautifully sung. Lupe brings his A game, and while not as lyrical as “Mural”, this song is just as enjoyable. Also this track has some great variety compared to some of the stuff on this album and it’s nice to have variety in rap.

4. Dots & Lines
Produced by Lupe Fiasco, DJ Simonsayz, & JackLNDN
This song starts off with a weird ass banjo riff (it’s kinda cool though), and then transitions into a slow, methodical, and rich beat with strings, a harmonica, drums, and a piano. The chorus is pretty great to, and Lupe spits a nice few verses with some great catchy flows. This is one of the more soulful songs on the album, and it’s awesome.

5. Fall
The second season themed track on this album is titled “Fall”. By now you should know that these tracks are all experimental instrumental tracks, which Lupe called palette cleansers to calm you down (Said in an interview with SKEE TV) before he hits you with sick shit. I appreciate this laid back beat, sounds of leaves being racked, and kids playing (possibly at school now since it’s fall). He has a bunch of strings on this track like a violin, bass, and a viola. It’s a nice throwback to simpler times, when music was laid back, and its another welcome change of pace.

6. Prisoner 1 & 2
Featuring Ayesha Jaco; Produce by MoeZ’art
This beat has some nice electronic elements most noticeable of which is the synths. The non electronic elements include violins, drums, piano it is another great beat for Lupe. The verses may not be the best on the album, but they serve their purpose well to form another good song.

7. Body of Work
Featuring Troi & Terrace Martin; Produced by S1 & Vohn Beatz
This song has a trippy beat, but I dig it and Lupe kills it. This song has some great flow and the lyrics are pretty good. Another awesome chorus serves this song well, but in the end this song is sorta lost along the way. It’s a good song, but it’s one of the more forgettable tracks on this album mostly because the beat. While nice, is kinda generic. But that doesn’t hold this back from being a good song.

8. Little Death
Featuring Nikki Jean; Produced by S1 & Vohn Beatz
Damn Lupe, this beat is great. It might be my favorite beat on the whole album. It’s soulful, but it’s got a nice grooving beat that you can drum out. The flow on this song is great and the lyrics are great too. This song is really good and deserves a listen. 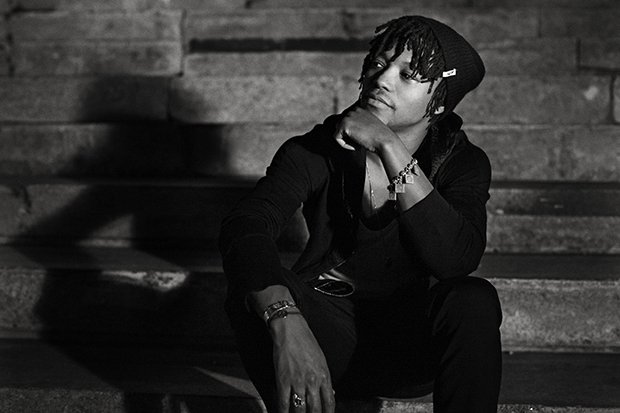 9. No Scratches
Featuring Nikki Jean; Produced by DJ Simonsayz
This song has a cool beat and has a leading guitar riff later on that take center stage. However this song is average. Lyrically it’s pretty poor, and most of the track is singing or an absence of rap. Thats cool and all, but here it is executed poorly.

10. Winter
The third experimental track, starts with some weird scratchy strings. This along with the blowing winds gives this song a really eerie feel, like your waiting for something, anything, but that something never comes. It is sorta unsettling, but in a good way.

11. Chopper
Featuring Billy Blue, Buk of Psychodrama, Trouble, Trae tha Truth, Fam-Lay, & Glasses Malone; Produced by DJ Dahi
This album has been great so far, but it’s missing one thing, a true banger. And oh my this banger is sooooooo dope. As with most bangers this song isn’t that lyrical, but none of the features or Lupe slouch when it comes to their lyrics. This song is just so damn enjoyable, with a trap beat and hype lyrics, this song has a special place on this album. It’s great and earns itself repeat listens.

12. Deliver
Produced by MoeZ’art & Marcus Stephens
This beat is awesome, I can’t really describe it, but it’s heavy on the bass and is really hype. Lupe spits some fire and sings a good chorus. This song is solid all around and earns its spot among the better songs on the album.

13. Madonna (And Other Mothers In The Hood)
Featuring Nikki Jean; Produced by DJ Dahi
A banging beat and great intro catch my attention instantly. This song is a great laid back tune, and Lupe doesn’t over rap. He knows that the album needs some laid back tracks and this song fits the bill perfectly.

14. Adoration of the Magi
Featuring Crystal Torres; Produced by DJ Dahi
Finally this album gets some front and center on the beat, along with some weird sounding light bells. Lupe brings a catchy sing songy verse, that you can groove to or rap along with, a great sounding chorus ties this song together perfectly.

15. They.Resurrect.Over.You
Featuring Ab-Soul & Troi; Produced by DJ Dahi & Blood Diamonds
This song is nothing short of amazing. When I first looked at the tracklist of this album I was most hyped for this song. Why? Because mother fucking Ab-Soul thats why. I love Ab-Soul and his features last year and his album were all pretty good. Aside from the hype, this song might be my favorite on the album. After a one minute intro of people playing games, an electronic beat drones on as Lupe commences to go harder than he has all album. He goes soooo hard; easily his best verses on the album. And Ab-Soul kills it, although his verse isn’t super lyrical, its very very catchy, and Troi sings a great verse. This song takes my top spot on the album. Lupe ends it with a bang.

16. Spring
The last experimental track, and last track overall, is really pleasant sounding. It has upbeat strings birds chirping and children playing, it might be my favorite one of these weird tracks because it’s really pleasant.

Bottom Line:
Lupe has crafted a really amazing album with Tetsuo & Youth, one that isn’t geared towards sales or airplay, but towards the fans and his own artistic expectations. Free from the constraints of his contract with Atlantic Records, Lupe went to work to make sure his last album for the label was a good one. And as a send off he used amazing instrumentals by Dj Dahi (The guy who produced Kendrick’s song “Money Trees”, which is a must hear song).

Lupe didn’t hold anything back on this album lyrically either, catchy lines are dropped left and right and I love it. For the choruses Lupe went soulful and artistic as opposed to poppy and played out. This was a great move, it really adds to the richness of this detail laden album. This album deserves multiple listens, and it’s easily his most experimental album to date, but it’s also almost his best album to date. Food & Liquor still holds the crown in my eyes, but Tetsuo isn’t that far behind it, the only thing that holds this album back is one or two forgettable tracks, and maybe the absence of a narrative. It’s a ways off from a classic, but for all of that it still easily garners a great rating of 4.5 out of 5. Congrats Lupe.