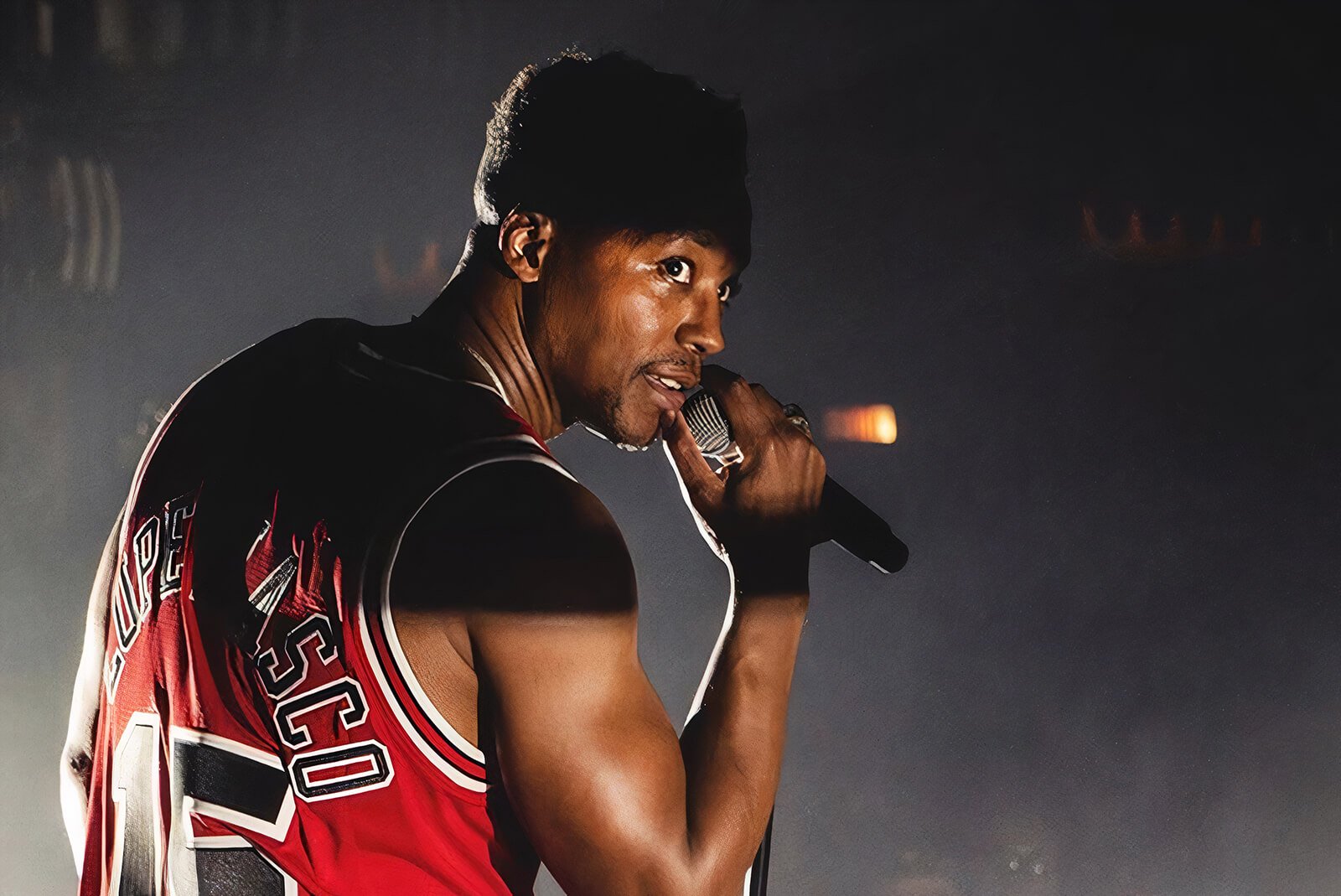 Lupe Fiasco has been a rapper that has inspired me and at the same time, frustrated me throughout his career. For every flash of brilliance that he has given us with albums like Food & Liquor and The Cool, he gives us head-scratching efforts like Lasers and Food & Liquor II. Label politics have always been the focal point of his inconsistency throughout his catalog and in the spotlight and as a reaction, he has never shied away from telling the labels in his music, in interviews, on social media, and wherever he has a platform, to go fuck themselves. To the point, he will phone it in on albums like Drogas Light on purpose as a proverbial middle finger while fulfilling his label obligations. Yeah, that’s all well and good, you stuck it to Atlantic Records, yet at the same time dropping albums ranging from mid to trash, that is not going to keep fans around while you play one-upmanship with people that only look at you as a spoke on the wheel and by the time the mid-2010s arrived, were already done with you to begin with.

As much as I enjoyed albums like Tetsuo & Youth and Drogas Wave, they are not albums that I return too often as much as I want to, for reasons that even to this day I’m trying to figure out myself. Maybe it’s the bad taste that Lasers left in my mouth more than a decade ago? Maybe even the notion that after he puts out a good album, to him it’s just another day at the job and he’ll just drop trash next time around out of rebellion? Maybe because I and many other listeners who got that balance of lyrical dexterity with quality songwriting from Lu all those years ago, we have now found in artists like Kendrick Lamar, J. Cole, and others. In other words, if Lupe doesn’t care, why should we?

Unfortunately, I was not as excited for DRILL MUSIC IN ZION as much as I wanted to be. Despite that, Lupe is someone who I still consider as someone to still pay attention to whenever he drops as that unpredictability is still there when it comes to sound in addition to Soundtrakk producing the entirety of this album. So, what will this album entail? I’m about to see.

1. THE LION’S DEEN
Featuring Ayesha Jaco; Produced by Soundtrakk & Lupe Fiasco
I never paid attention to the intros for both Food & Liquor and The Cool, so this is my first time listening to Lu’s sister. It is a spoken word poem that for sure sets the tone of the album as synths and a somber guitar, swells through her words. Let’s see what unfolds from the first song.

2. GHOTI
Produced by Soundtrakk & Lupe Fiasco
The first song already got me reading his lines repeatedly to see if I overlooked something. I don’t believe there is a singular theme to go with this song as he references Adam & Eve, Thor, Wonder Woman, Assassin’s Creed, and other things. As confused as I am by the meanings behind the verses, this is laid-back jazz-rap reminiscent of the Lu of old that serves as a backdrop for Lu to wax poetic on his current mindset which is usually all over the place.

3. AUTOBOTO
Featuring Nayirah; Produced by Soundtrakk & Lupe Fiasco
The first time I heard the hook for this I hated it.

Maybe, it is the number of times I have listened to this song, but the “era era era” repetition throughout the hook is becoming catchier for me. It is weird. Supposedly this is an introduction of his alter ego, which I am assuming is a song where Lu can basically flex, however he sees fit. More clever lines here from comparing an infrared dot to a dot gov (government) to detailing Chicago gang violence to not needing a lawyer to defend him…against himself. The outro is not needed in my opinion, but it is a break from the bounce of the instrumental into something a little more soothing and relaxing.

4. PRECIOUS THINGS
Featuring Nayirah; Produced by Soundtrakk & Lupe Fiasco
This song is about how the things that we take for granted can end up turning against us for any reason or group of reasons. In this case, this is our hands. The same two hands that we use to love, to hold, and more can turn against us and be used to maim and kill. If there is one thing about Lupe and his lyricism is that he can take the simplest things and make them into conceptual pieces and how they apply to everyday life or life in the streets or in any other environment. This is my favorite song so far.

5. KIOSK
Produced by Soundtrakk & Lupe Fiasco
Lupe depicts every experience I have at the mall where people from every which a way try to lure me over with their products. Whether it be clothes, cell phone cases, or…cell phones altogether. But from a wider perspective, it can be either commentary on capitalism as a whole or a diss towards rappers and how they get scammed with fake jewelry. However, one line that sticks out to me is…

Diamonds only worth what you are willing to pay
A deceptive game you are killing to play
Now I have diamonds, it’s odd feeling this way
But when they start to sparkle that star-glittering glaze
It sways, takes your mind off todays
Where preachers can praise AIDS as God killing the gays
What a fucking phrase, never ceases to amaze
But when he dies from cancer, that’s God’s mysterious ways

I don’t know why that is intriguing to me, maybe it is my views towards religious people in light of everything that’s currently happening in our country, but all in all, great track.

6. MS. MURAL
Produced by Soundtrakk & Lupe Fiasco
If you have listened to the first “Mural” and “Mural Jr.”, you know what you’re getting. For me, they usually don’t tie to one specific theme as Lupe goes from one scene to another, one reference to another, one image to another and does it so seamlessly that by the end, you’re going, “I need to play that over”, yet even after the tenth listen, you still don’t catch everything. Yet in this song, you can hear Lupe is still reeling from the trauma of his time at Atlantic Records and grappling the inner struggle of playing the game in this capitalist world just to have your art heard by the masses. As an artist myself, having to go against the current trends, you feel like you’re building and building and it gets to a point where it becomes too much to bear, so your next instinct is to knock it all down or in Lu’s case, “douse the shit in gasoline and set it all on fire.”

7. NAOMI
Produced by Soundtrakk & Lupe Fiasco
It is a short, simple song and Lu is on point lyrically, but really for me, the production is the highlight of the song. I’m in love with how the drums coalesce with the piano keys and the horns creating a backdrop as lush as the cover for this album.

8. DRILL MUSIC IN ZION
Produced by Soundtrakk & Lupe Fiasco
The rhyme schemes in the first verse of this song are impeccable. I work a lot on my technical rhyming so to hear how Lu just makes it appear so easy is mind-boggling and has me thinking, “you need to step your ish up!”. Also, we’re eight tracks in and Soundtrakk has yet to miss with the production. The chorus is soothing and the song as a whole reminds me a lot of the Lu of old and the Hip-Hop I grew up on and discovered when I first started to listen to this music seriously.

9. SEATTLE
Featuring Nayirah; Produced by Soundtrakk & Lupe Fiasco
I don’t want to sound like a broken record because the album features Lupe at his best lyrically and flow-wise with the instrumentals being lush and soothing. I don’t know what the title “Seattle” is tied to, especially when you listen to the first verse and he says,

When they try to keep, you gotta climb gates
Escape from a city that’s defined by crime rate

At first glance it is as if he’s talking about Chicago. All in all, another dope song on a dope album, top to bottom.

Rappers die too much

And on the last track we get to the overall theme of this album that if I paid attention close enough is what the intro prepares us for. Lu waxes poetic on the negative light drill music paints, from the artists that partake in it to its fans that are numb to the pain that is experienced to these streets, used for entertainment’s sake, to how record labels and DSPs take advantage of a deceased artist’s recordings and where that money goes. Sometimes you wish these rappers were lying when they paint such vivid and grim portraits of the street life, to the point of mocking their opps. As someone who comes from a crime-ridden city, I wish these rappers were lying as well. Hell, I wish I could say it’s easy for these rappers to just talk about something else.

You would think for someone as tenured as Lupe Fiasco and has dealt with every major label struggle known to us at least, that his newfound independence would break him of those shackles that Atlantic Records placed on him all those years ago. On DRILL MUSIC IN ZION, they do come off, but not without a fight.

There are still demons he’s bottling up but instead of a singular target, he now goes at the entire structure and as I the listener, makes me question why things are the way they are to begin with. Lupe’s lyricism is dense but not too dense to where it loses you per the overall enjoyment of the album. There isn’t really one song I hate at all here, yet the issue I have here if I’m nitpicking is that the individual songs are not as impactful on the first listen.

Not saying you should be required to like everything on one listen, but if you give yourself the room to revisit an album like this, you’ll find more gems beneath the surface.

As someone who counted Lupe out post-Lasers and can admit his later works like Tetsuo and Drogas Wave for as acclaimed as I regard them to be, were not albums I returned to often. Now with this record, I have a feeling Lupe is making me a believer again. Let’s just hope it stays that way and he doesn’t troll us with another Dr Light.