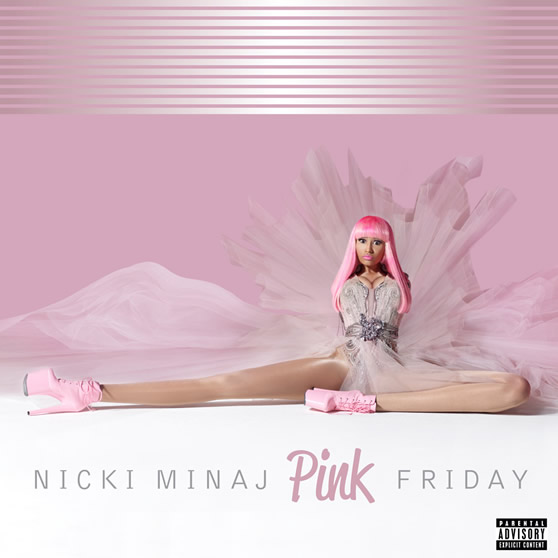 During this holiday season we have been blessed with a lot of great Hip-Hop, potentially. With artists like Kanye, Lloyd Banks, and J.Cole all releasing new material right before Thanksgiving, none of them have me baffled as much as the Young Money emcee Nicki Minaj. The reason being is that there is no other emcee who has such a wide range. Her songs are either really good, or terribly bad. No one should ever question her talent though. She has outshined both Wayne and Drake on tracks in the past and some say she has done the same to Ross, Ye, and even Hov on “Monster”. she has however made some mistakes on tracks like “Massive Attack” (If you have not heard it then you are lucky). So on the horizon of her releasing an album you must wonder what are we in store for. There are a number of possibilities: The first being hard verses that make u rewind the track, the second could be a more of a crossover sound, the third could be like “Massive Attack” (Whatever you want to classify that as), and last is just some kind of mix. Nicki has more on her shoulders than most other rappers, and if she fails she may be the last MC that is a woman to gain attention from a major label again.

I’m The Best
Produced by Kane Beatz
Nicki makes a claim to the throne on this track. She takes the energetic track from Swizz Beatz and uses it to speak to her haters. She sings and raps on the track, it is a very nice way to start off the album. I wish this would have been the first single the, streets would have loved this.

Romans Revenge
Featuring Eminem; Produced by Swizz Beatz
Swizzy delivers a crazy beat to Nicki, who is smart enough to get the only rapper that may have more personalities than her. She calls up Eminem who plays his role Slim Shady to perfection. Nicki both claims that she is not a sidekick and disses a female from Brooklyn.

Em drops some Crazy Lines through it as well, ” I swear to God I’ll piss a Happy Meal off”. My early favorite.

Did It On ‘Em
Produced by Bangladesh
First thing that caught my attention on this is that its produced by Bangladesh, who has spoken out against Wayne in the past. The two do work well together though. The beat seems to fit nicely with Nicki. There is a weird hook though, in it there is a dude who keeps talking shit as though he was a woman…… weird. Nicki is doin her thing with lines like, “If I had a dick, I would pull it out and piss on ’em” and “I don’t need a mediator/Just let them bums blow steam, radiator”.

Right Thru Me
Produced by Drew Money
This is probably Nicki’s best single from a commercial aspect. It once again shows her range, she can sing and rap well. The album has a really good flow to it so far.

Fly
Featuring Rihanna; Produced by J.R. Rotem & Kevin Hissink
This is a nice song. This is Nicki explaining her goals and her plans for success. Although Nicki has a long list of haters, she speaks on overcoming it all. Rihanna does a nice job on the hook. These two together on a track feels right.

Save Me
Produced by Oak & Papa Justifi
This is track should be the next single. She sings on the whole thing and it shows a side of her I have never seen before. MTV would eat this up.

Moment 4 Life
Featuring Drake; Produced by T-Minus
Everyone knew it was coming. The Drake feature was not only expected but it was one of the highlights of the album. When you listen to Drizzy’s verse you can figure that their marriage jokes came shortly after this was recorded. Nicki had an amazing verse though. At this point of the album you will notice that she is extremely focused.

Check It Out
Featuring will.i.am; Produced by will.i.am & Ammo
This is a single from the album. To me this was made for the radio. Skip!

Nicki Minaj –
How could it me, little me
Had the power to be the best B, in the league
Yeah inevitably, but could it be little me
You was heckling me, now it’s monotony when I regularly
I catch wreck on recreation, so I exceed all your expectations
Because I got it in ’em, I kill ’em and then I skin ’em
The contract is on but I am the addendum
So wh-where my dawgs at, Randy
Ma-ma-matter fact, get off my dick bitch, Andy
Ca-ca-ca-cause everything is fine and dandy
Go against me nooooow, I dare you, Bambi
Half a million dollars just to upgrade the car show
I aint even detonate the palms and the arsenal
Before the storm comes the calm
Hope you can take the heat like LeBron,
Ahh, ha hahahaha ha
I’m the best now, anybody with some money should invest now
Soccer mom needs to organize a pep rall’
You game over bitch, Gatorade, wet towel
Mothaf-ckers aint ready, they neva been
As long as I am in the game, you’ll never win
I’m on that different type of high, heroin
Put on my cape and hit the sky, heroine!

Kanye West –
Ugh, yea, ugh this is the moment grab your Kodak
While I’m flying with a flow that is the greatest throwback since that Nolan Ryan
And the days been crazy and the nights even wilder
And the lights even brighter, baby stand next to my fire
Only higher is Messiah or notes from Mariah
‘rari six hunded horses, that’s my chariot of fire?
Where we flying, they can’t find us all them broke days behind us
I just took your whole life and redesigned it
I think I’m Marc Jacobs, I think I’m Lagerfeld
I think without makeup, you still bad as hell
Imma grab your waist then, imma grab your face and
Then imma taste it, then imma blaze it
Hello all my bad girls, this just in yeezy hurt the beat
Like he fuked her best friend and she let him back in
And he just did it again, He crazy, he blazin, he off the deep end
I’m blazin’ I’m flagrant, Im crazy I’m saying
Too much for the World so they Abbreviate him
His past is a phase, his stats is amaze
Her dress is just per’ uhh
Prada coloured babes
It obvi’ we the ishh and I’m rolling with my bricks
So real you so trill. baby everything legit
How you feel, they say we crazed cause our styles so diff’
They be jail when we in the mag looking magnif’
As if I aint used Magnums on your favourite bad bitch
Fuck these background niggas I was tryna adlib
Add this, we blazin’
Nicki what you think, I got two White Russians but we also need some drinks

Here I Am
Produced by Swizz Beatz & John B

Why is that you could only see the worst in me?
I swear sometimes I feel like it nurtures me
But to keep it all real is kinda hurtin’ me
I could say I’m done with it, but it lurks in me
So I’m a just tell myself that it works for me

Nicki took this track to let her fans take a look at her pain. Nice track.

Dear Old Nicki
Produced by Kane Beatz
Can’t say that I really like this song. She is talking about the Nicki Minaj that was gaining a buzz in ’07 and how she is so different from that now.

Your Love
Produced by Oak & Papa Justifi
A nice single. I think it was the first one that garnered any type of critical acclaim. It is ok, but nothing special.

Last Chance
Featuring Natasha Bedingfield; Produced by Drew Money
The last track of the album is on a little faster pace than the last couple of tracks. It ends on a high note.

All the days of my life I have been waiting for this time
Could you believe now it’s right before my eyes
Anybody trying to stop me better not fuck with me this time
Shoot, I’m to shoot into the sky

Bottom Line:
After listening to the album through the entire holiday season I must admit it has grown on me to the point where I really like about 9 or 10 of the tracks on the album. While it doesn’t live up to some of the verses we have heard from Nicki in the past (“My Chick Bad”, “Monster”, or even “Five Star Chick”) she was able to do something many artist can’t do. She finds away to go between hardcore Hip-Hop and hit Pop in the same album without making it forced. Kanye has already called her the female version of Eminem, and with the amount of personalities she displays I can understand why.