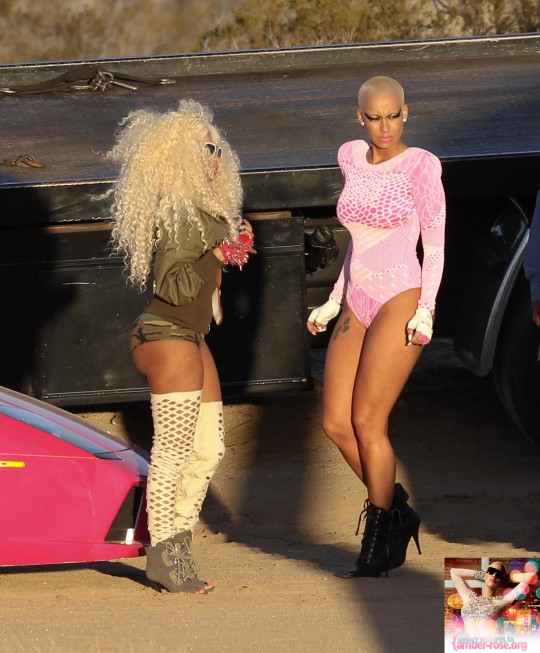 So after a few days of seeing pics of Nicki & Amber on the music video set of “Massive Attack”, we finally get the actual audio. And even with fear that nappyafro’s resident Nicki Minaj stan Saule Wright will beat me down later with blows to the head and torso (Pause), I will go on record to say (In my opinion) that this record was not made for heterosexual male folk. Or maybe it’s just not my thing and I lack foresight. The music video will debut tomorrow on BET’s 106 & Park. Update: Added the video.