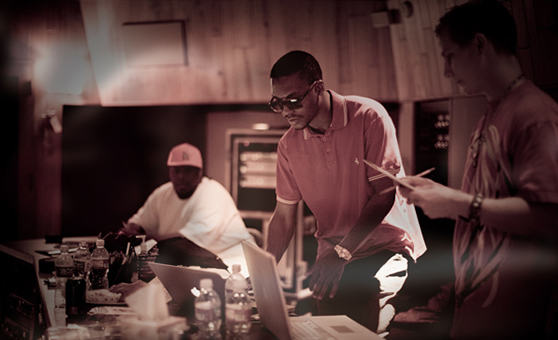 A few weeks ago (A day before Thanksgiving to be more exact), the U.S. Government seized 82 domain names of websites they claim were engaged in the sale and distribution of counterfeit goods and illegal copyrighted works. Of these domains, Hip-Hop sites OnSmash, RapGodfathers, & Dajaz1 were among them (The sites are now replaced with this image). Of cource since these seizures, the issue of music piracy and the DMCA has been a big topic in the online Hip-Hop community (See here, here, & here). Seeing that Lupe Fiasco has had his problems with piracy of his music and bloggers and is one of the few Hip-Hop artists to adamantly oppose bloggers who knowingly supply songs they’ve illegally accessed, his opinion supplies the other side of this whole debate. From The Boombox:

“People are trapped in the culture where music needs to be free and you don’t need to pay for it. I was just at Princeton, speaking at Cornel West’s class, and someone asked that. They asked about the relationship between blogs and artists. I told them, at a bare minimum it costs me, literally out of my own pocket, it costs me $3,000 to $4,000 to make a song. It costs me about $700 to $800 to make a freestyle. I’m giving you that.”

“Just imagine if I work with The Neptunes, including studio time and everything that goes into it — flying people around — it gets up into the hundreds of thousands of dollars to make a song like ‘I’m Beamin’ or ‘I Gotcha.’ So to kinda see it on the Internet and, for some instances, for sale, who are you to have the right to tell me that I shouldn’t demand payment or feel a certain way for seeing people put my music out there like that. If I chose to do that, that’s one thing. But I didn’t choose to do that. That music was stolen.”

He has a point. But like he said, we are in a time where people don’t go to the record store on Tuesday to get new music. Unfortunately for artists and the music industry as a whole, those times of are over. I’ve even pointed out before that my nephew is 16, loves music, and has yet to EVER purchase any. But then again, without the Internet, we wouldn’t have new stars like Drake, Wiz Khalifa, Jay Electronica, or J. Cole.