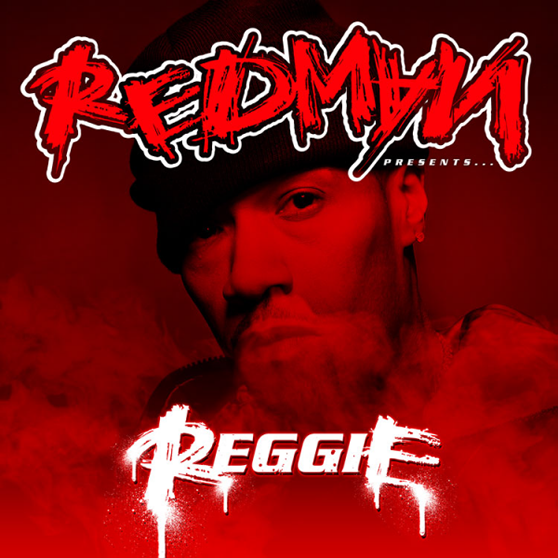 If there was a Mt. Rushmore for 90’s Hip-Hop…Redman would definitely be on there. Never being one that saw commercial success, however his name carried heavy weight in the game. You couldn’t have a Top 10 list without Redman being on it. For some reason in the 2000’s Redman fell off a bit. I don’t know if Hollywood had anything to do with it, but I would like to point the blame there mostly. On this new project titled Redman Presents…Reggie, Redman said he was going for the pop sound and ditching the rough, rugged, and raw flow that his fans are accustomed to. Will this work for the Funk Doctor Spock? Let’s find out!

Reggie Intro
Produced by The Futuristiks & Team Ready
Red jumps on the track and it seemed like he hasn’t missed a beat on this track. Red still has the lyrics that will make you nod your head. So far so good.

That’s Where I B
Featuring DJ Kool; Produced by Efrain “F.A.M.E” Rodriguez & Ty Fyffe
Okay this must be that new sound that Red is talking about experimenting with. I don’t like the beat on this one at all. It just doesn’t go with Redman at all. Don’t get me wrong, Red is spitting, it’s just the beat that is annoying. I wish they would have remade “Let Me Clear My Throat”.

Def Jammable
Produced by DJ Khalil
This is what we want to hear from Redman! This fits his style better than the previous track. This sounds like some vintage Redman that I’m sure that his fans will love! Check out the music video here.

Full Nelson
Featuring Ready Roc, Runt Dawg, & Saukrates; Produced by Tone Mason
See Redman went with the new sound on this track and the results weren’t that good. First off, the hook on this one was garbage, the features did nothing to add to the song, and Red was clearly the best on the track.

Lift it Up
Produced by J. Rob
On this one Redman raps over some Southern style production and it FAILS! I hate to see him rapping over beats he doesn’t feel comfortable on. SKIP!

All I Do
Featuring Faith Evans; Produced by Freak!!
I don’t know how I feel about this song. I guess he is rapping about his love of Hip-Hop in this song. Faith Evans did a good job with the hook, but she kind of overdid it at times and Redman keeps you attentive, but nothing major to report here.

Lemme Get 2
Featuring Saukrates; Produced by Rich Kidd
Is it me or does this sound like “Chocolate Rain”? This song is on the wack side. Redman doesn’t sound comfortable on the track either. I might have to say hit the SKIP button on this one!

Mic, Lights, Camera, Action
Produced by Rockwilder
What? A Rockwilder track? Surely Redman will kill this one! NOPE! Redman talking about protecting Obama? Really? This is not the Redman I’m used to. Where is the funny Redman?

Cheerz
Featuring Ready Roc & Melanie Rutherford; Produced by M-Phazes
The production is better on this one, and by that I mean it tailors to Redman’s style better. I really think somebody like Phonte would have KILLED this song. I really wish Red would go back to what he does best. This doesn’t sound like him at all.

Rockin’ Wit da Best
Featuring Kool Moe Dee; Produced by ThreeSixty
I see the tone that Red is taking on this album is “bringing Hip-Hop back” because he uses that theme for a lot of these songs. Red…stick to what you do best…this isn’t it.

Lite 1 Witcha Boi
Featuring Method Man & Bun B: Produced by Da Audibles
2010 was the year of the weed rapper, so I guess it was only fitting that Red, Meth, and Bun made this song. This is BY FAR THE BEST SONG ON THE ALBUM! It’s not the greatest of songs that just shows you how weak this project is.

When The Lites Go Off
Featuring Pooh Bear; Produced by King David
This is definitely not what I was expecting to hear Redman rap over. But he did, and like most of the album…it didn’t work for him. I guess this is one of those Obama inspired projects. #FAIL

Tiger Style Crane
Produced by The Fyre DEPT.
Redman finally gives us some vintage Red on this song, too late to salvage this project. If he would have done more of this on the album, the results would have been A LOT better.

Bottom Line:
Redman is one of those rappers that DON’T need to show growth. We like Redman the way he was. This new experiment made him look IRRELEVANT in today’s Hip-Hop climate. Why can’t some rappers stick to the script that has worked for them time and time again? Hopefully when Redman drops Muddy Waters 2 it doesn’t sound like this at all. I also noticed that Erick Sermon didn’t produce ONE song on this album, which is a first for Redman. Next album Redman, get with the Green Eyed Bandit and come back HARDER!