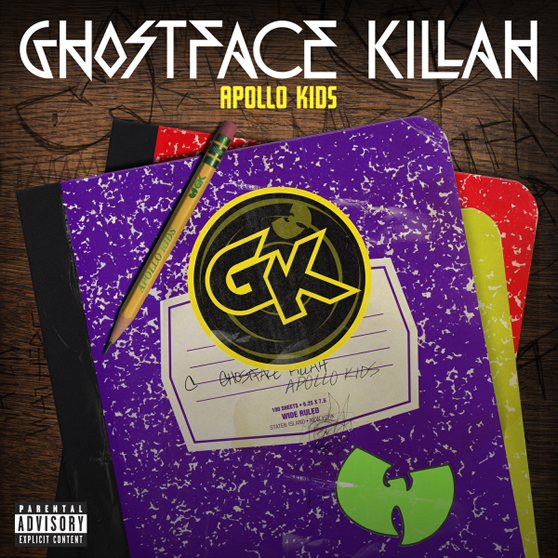 The man with the most nicknames in Hip-Hop is back with his 9th album, 6th since 2004. His work effort is only outdone by his storytelling ability and dedication to his lane. Now while I’ve never been on the Wu bandwagon and I was late to the Ghostface party, I do recognize Method Man and Ghostface Killah as the most talented and my faves from the conglomerate. In the past, we’ve heard Ghost lace us with some R&B flavored, throwback sounding gritty beats, and storytelling that is made for TV. Will this album be more of the same or something else? Let’s find out.

As the album kicks off with “Purified Thoughts”, it’s evident that we will be getting more of the same Ghost. Not that that’s a bad thing as the guitar keys and guitar laced beat plays on with repetitive harmonies in the back. With Killah Priest and GZA in tow, the stories moves on in what seems to be a long 3 and a half minute song. I was shocked to hear Busta pop up on “Superstar” which features a hook sang by someone that sounds like Lil’ Mo…Hi Lil’ Mo. Anyway, this song is ready for blaxploitation and should be featured in Black Dynamite Pt. 2 and yes, that movie needs to happen. Busta gives fuel to those that assert that he sounds better as a feature than he does on his own albums. “Black Tequila” comes in and seems to just be a continuation of the pace of the previous song. Cappadonna and Trife contribute on a song that seems to be pretty much the standard for GFK. “Ghetto” is another interesting song on the album. We get appearances from Rae, Cappa, and U-God over another souled out track that I think the Wu heads will really enjoy.

There are 2 songs on the album that I didn’t care for too much, “2getha Baby” and “How You Like Me Baby”. I love the track on “2getha Baby” initially, but as the song kicks off, I keep waiting on the actual track to begin…and the horns to leave…please leave. Lyrically, it’s so much of the same that there isn’t really enough reason to carry on with this one for me. On “How You Like Me Baby”, it’s some of the problems as the previously mentioned song. However, it’s the boring beat and a terrible singing part that just don’t get over on this one.

At the other end of the spectrum, there are 3 songs that are not only far and away my faves on the album, but are 3 of my favorite Tony Starks songs up to this point. Ironman himself enlists the help of Joell Ortiz & The Game on this song that comes complete with a fart noise just in case you aren’t entertained by the crazy lyrics. While Ghostdini did his thing on “Drama”, Joell steals this song from him completely and Game is a close second. On “In Tha Park” the contributor is Black Thought. This song is a homage to Hip-Hop and a throwback lost love for the culture and it’s beginnings with lyrics that paint a picture of graffiti, DJ’n, house and park parties. If you know me, just by hearing that description, you’d say that was my favorite song on the album, but you’d be wrong. My favorite is “Troublemakers” featuring Rae, Method Man and Redman. Redman delivers one of the hottest verses of the year on a song that many will miss unfortunately.

My sherm on in the hood when I ride by
My eyes lookin’ like I learned how to sky dive
The world is yours there’s rules you abide by
Ride with the fly guy on I-95
They said a nigga returned, but I neva left
I told Big L through me he could resurrect
I’m that nigga like Puff n’ LOX
I took one L and life is still double X
Brick City where I breath all the trees at
The E’s n MnM’s I need a Relapse
And bitches grab my mic and give me feedback
Reggie you an asshole – baby I’ll be dat! (yeaaaaaaah)
I get cocky when that beat bumpin’
You know you doin it when you’re tire lip rubbin’
I keep a freak and I call her chicken McNugget
Cause this superbad nigga, she McLovin.

Bottom Line:
At this point, outside of him being hit or miss at times, you know what you’re gonna get with Ghost. This album is not about surprising you or taking new chances, it’s more of the same. Sometimes, change isn’t necessary. GFK has been doing this thing, this way since he got in the game and it works. Just like most albums, this has some missteps but none are tragic. When you add in the last three songs I mentioned, he recovers well and delivers another solid album that will be supported by his fans all the same. I think some of the features may pull a few new listeners in as well.