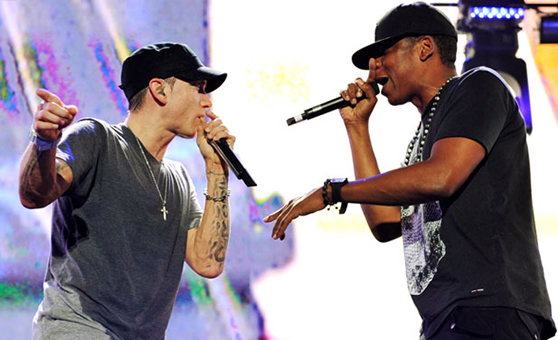 Is that you Detox? Word going around is that this track was recorded three years ago. But that brings up another thought: If Shady/Aftermath got a record with four of the biggest rappers on it just laying around, imagine what else they got in the vault.

Interesting subject matter. Oh yea, and Jay-Z had the best verse too (*Takes out Jay-Z stan badge and shines it up*)