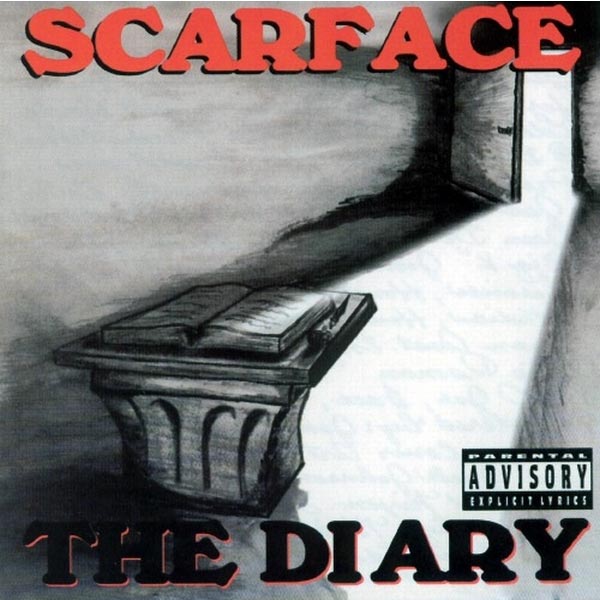 I took a quick look through our Classic Material column and realized the south was grossly under-represented here. I’m going to try and remedy that with an album that is certified classic by anyone who checks for music. Scarface’s The Diary was given a perfect score by The Source and XXL and as much as we rib them for stuff they post, sometimes, there isn’t much to debate. With only 2 singles, this album rocketed to platinum status in 2 months. Those 2 singles are “I Seen A Man Die“ and “Hand of the Dead Body“. Now I don’t know if this was everywhere, but in STL we had a channel called The Box (Which later became MTV) and you could call in and request videos for a fee charged to your phonebill. Now, I wasn’t crazy enough to call in and run up the phone bill, but I did watch. The video for “I Seen A Man Die” was in heavy rotation there and if you’ve heard the song, there’s no questioning why. The video for the second single wasn’t very far behind in the rotation at all. These two songs are two of the more popular songs, but what else is on the album that affords it’s 5star rating.

“No Tears” was an instant classic with everyone I knew. Face grabbed the mic, got as gangster as possible, and spit for almost 2 and a half minutes. No hook, no cameos, no fancy singing, just straight spittin’. The tone of revenge over a gritty bassline and powered by dark lyrics helped this, at the time, A-typical style song. I remember trying to sneak this song into the rotation during one of the school socials…needless to say that once he said “And now the funeral is over…” that shit was cut short. On another similar song in structure but but spit over a much more uptempo beat, we hear Mr. Brad Jordan dismiss the challenge offered to him at the intro to the song. You think you can take Face lyrically? On the title track, “The Diary”, he not only tells you how much you’ll fail, but how he’s going to assist you’re failure along the way.  “Goin Down” was another song that blasted endlessly from the speakers. If you were to cut a love version of “Good Day” by Ice Cube, this would be it. Face talks about the day he meets the latest apple of his eye over a playful track and hook.

Face took to the booth for his solo follow up to the classic “Mind Playin’ Tricks on Me” that he recorded with his Geto Boys fam. This version, “Mind Playin’ Tricks on Me 94”, is a much smoother,  jazzed out version of the predecessor.  However, lyrically, it’s not any softer at all. Continuing in the same story-telling method while incorperating his dairy theme into the song, this song carves out a bit of it’s own personality.

Scarface is one of the more hood respected but recently commercially forgotten (he hasn’t gone even gold since 2000) legends in the game. With 3 gold and 3 platinum plaques amongst his 11 studio albums, one can’t help but wonder if the same face hailed from NY and not the much maligned (by Hip Hop) south, where would he rank with rest of the upper tier emcees, in all aspects. Face is not only the REAL King of the south, The Diary stands as a southern version of Ready to Die.