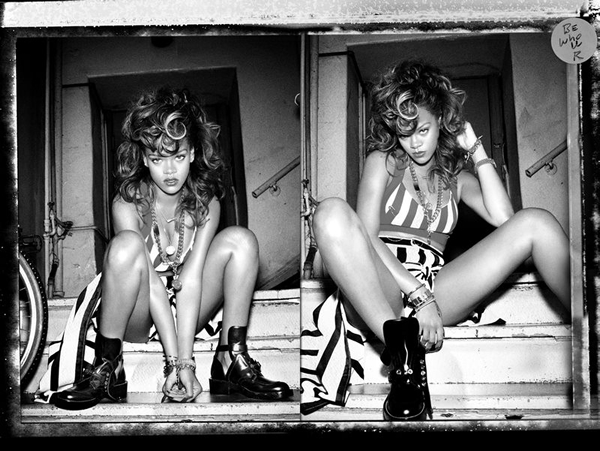 Rihanna drops her 6th album in six years with Talk That Talk. The new album didn’t grab the #1 spot (Something Rih-Rih has never done) and it didn’t quite sell over 200k (It sold 198,000), but you gotta remember that Rihanna’s albums always start slow but still consistently go Platinum. Besides, her previous album, Loud, shot up 77-spots to the Top 50 (Nicki Minaj’s Pink Friday also did a similar thing this week).

The Queen Of Hip-Hop Soul, Mary J. Blige, dropped her 10th album last Tuesday with My Life II… The Journey Continues (Act 1). The album isn’t bad at all but as a worthy sequel to her 1994 classic My Life? I don’t know. Still the #5 spot with 156,000 units sold for Mary is nothing to sneeze.

Michael Jackson‘s posthumous remix compilation album Immortal grabs the #24 with 42,800 in albums sold. As much as people love MJ, I don’t think this one was up to his standards (Money for Prince, Paris, & Blanket though.)

Making his Shady Records debut, Alabama’s own Yelawolf released Radioactive last week. It landed at #27 and sold around 41,000. Not gonna speak too much on this because our review for this album will be up tomorrow (Shout out to Calvin 2.0).

And last, Mobb Deep returns with the group’s first EP release, Black Cocaine. For just 5 songs, 4,000 units isn’t a bad feat (Although that’s probably the reason we didn’t review it either). Either way, it lands at #189.